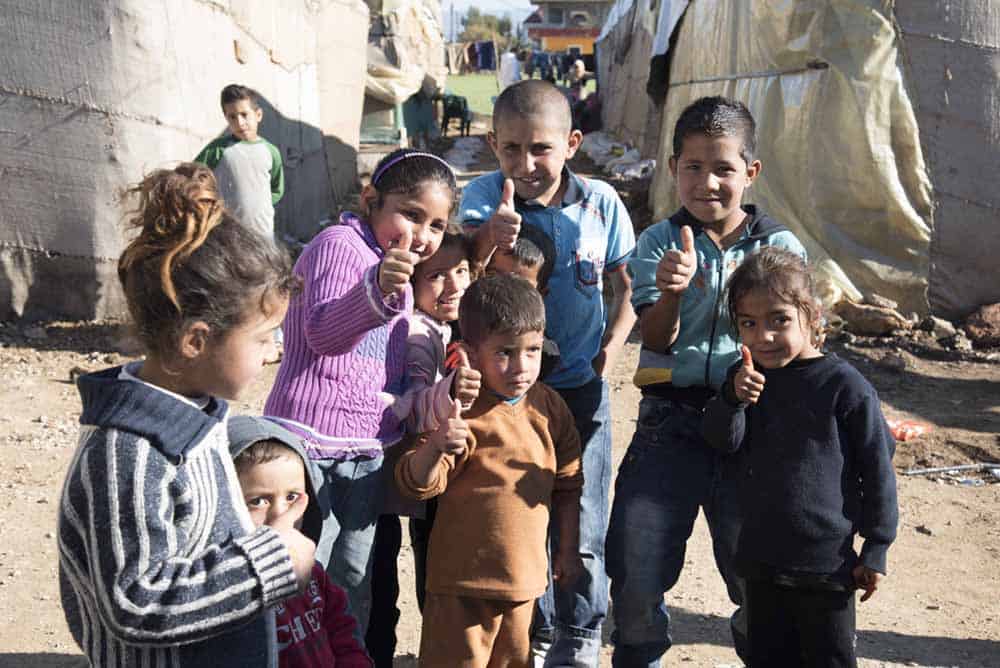 From delivering international aid to Syrian refugees to improving healthcare for pregnant women and newborn children in Tanzania, technology company AID:Tech has built a powerful, blockchain-powered transparency engine to tackle some of the world’s most pressing social issues.

For Joseph Thompson, CEO and Co-Founder of AID:Tech, it was his participation in Marathon Des Sables, a 6-day, 252 km long ultramarathon in the Sahara Desert, that opened his eyes to the lack of transparency and the prevalence of fraud in the humanitarian sector. As part of the race, he raised over $122,000 in support of a charitable cause, but when he tried to follow up with the NGO for an update on how the funds were spent, he was disappointed to find out that neither the non-profit nor its partners were able to identify where and how the donation was spent.

The inability to trace and account for how the money was used was what propelled him and his long-time friend and fellow tech maverick, Niall Dennehy to create the blockchain-based digital identity platform AID:Tech. AID:Tech enables real-life entitlements such as aid, welfare, remittances, donations and healthcare to be digitized and delivered as digital assets through blockchain technology, and eliminate the risk of fraud, corruption and inefficiencies in the process.

Blockchain is a distributed ledger with the unique capacity to record, transfer and monitor real-time data in an affordable, decentralized, transparent and auditable manner – it’s a technology lauded as incorruptible and tamper-proof, which has the potential to transform healthcare and welfare by reducing barriers to access for the underserved.

The AID:Tech platform is powered by Hyperledger Fabric, a permissioned blockchain with a membership infrastructure, which combines the ability for participants in the network to authenticate themselves and their transactions with strong confidentiality mechanisms, which address the privacy challenges faced by public networks such as Bitcoin or Ethereum.

By using Hyperledger, AID:Tech enables its clients to issue digital identities to their beneficiaries, while also giving individuals greater control over the data shared and stored on the platform.  Sensitive information such as healthcare data is protected by effectively placing different ledgers between organizations using the same blockchain network.

At the core of AID:Tech’s solutions is digital identity. According to the World Bank, more than 1.1 billion people live in the shadows today with no official proof of identity, which prevents them from exercising their fundamental human rights, including access to basic healthcare, education and finance.

It’s no surprise, therefore, that target 16.9 of the UN Sustainable Development Goals calls for the provision of legal identity to all, including birth registration, by 2030. The inability to formally identify a large segment of the population – one third of whom live in lower-income economies – creates enormous roadblocks in the delivery of essential healthcare and welfare services in regions plagued by war and disaster.

Digital identity can function as both a proof of legal identity as well as a mechanism to distribute welfare support, which will reduce the risk of vulnerable populations falling into the traps of organized crime, human trafficking and slavery.

“One person is forcibly displaced every two seconds as a result of conflict or persecution”, shares Thompson. “As they cross borders into new jurisdictions without formal identification, the lack of legal identity results in millions of refugees being denied or delayed from accessing services that many of us in the developed world often take for granted.”

Working with the Irish Red Cross, AID:Tech was the first in December 2015 to help deliver aid to Syrian refugees in the Northern part of Lebanon using a blockchain-powered digital identity system. Refugees received their entitlements digitally without the need to make countless visits to aid centers, whilst also mitigating the security risks often associated with cash programming.

Prior to the pilot, fraudulent vouchers were frequently used to purchase goods from stores, which incurred considerable costs for merchants – often at the expense of the rightful beneficiaries. To foil attempts at fraud, AID:Tech required each refugee to scan a physical card, which was matched with a digital ID on the blockchain, to prove their identity and eligibility before redeeming their entitlement, which allowed the program to immediately detect and disqualify fake or wrongly acquired coupons. 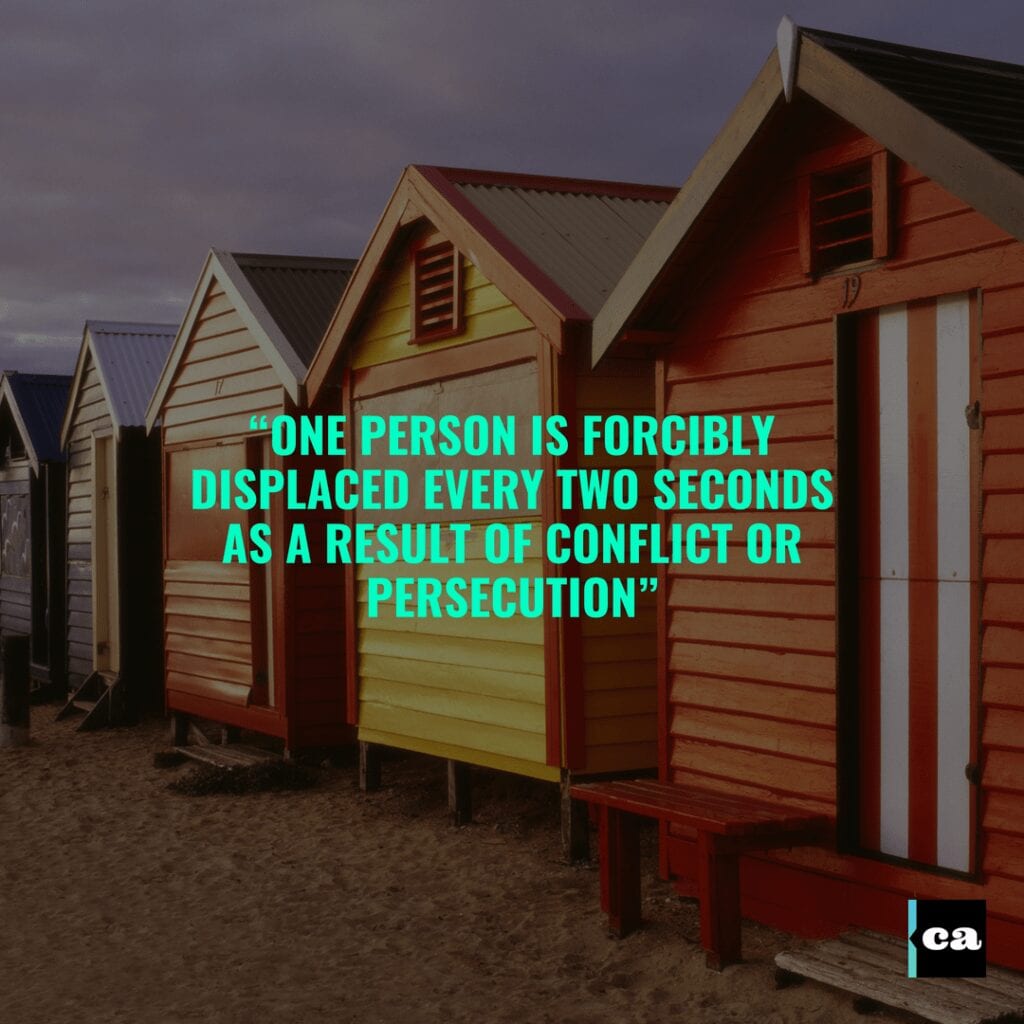 “When refugees use their digital identity to receive aid and support, we are also capturing data of their activities — building a social and economic history. Blockchain aids in the resettlement of refugees, providing greater security and transparency in the immigration process, and allowing them to focus on life after conflict. With a permanent, cross-border identity record, blockchain can be used for work permits and asylum application processing. The technology could also increase a refugee’s ability to work and give them the ability to legally access basic services, including banking, healthcare and welfare.”

The world’s first baby born on the blockchain

40% of the aforementioned 1.1 billion “invisible” people are children under the age of 18, and one in six are under the age of five, which makes the delivery of life-critical pre- and post-natal healthcare challenging. Every day around 830 women die from pregnancy- or childbirth-related complications, which would have been preventable or treatable with the right medical care – more than half these deaths occur in Sub-Saharan Africa.

AID:Tech partnered with the PharmAccess Foundation in Tanzania to provide mothers-to-be and their newborns each with a digital identity to allow them to take advantage of standard medical benefits, including check-ups, scans and medication throughout and following the pregnancy. The first baby “born on the blockchain” was delivered on 13 July 2018, followed by the second and third babies on 19 July 2018. 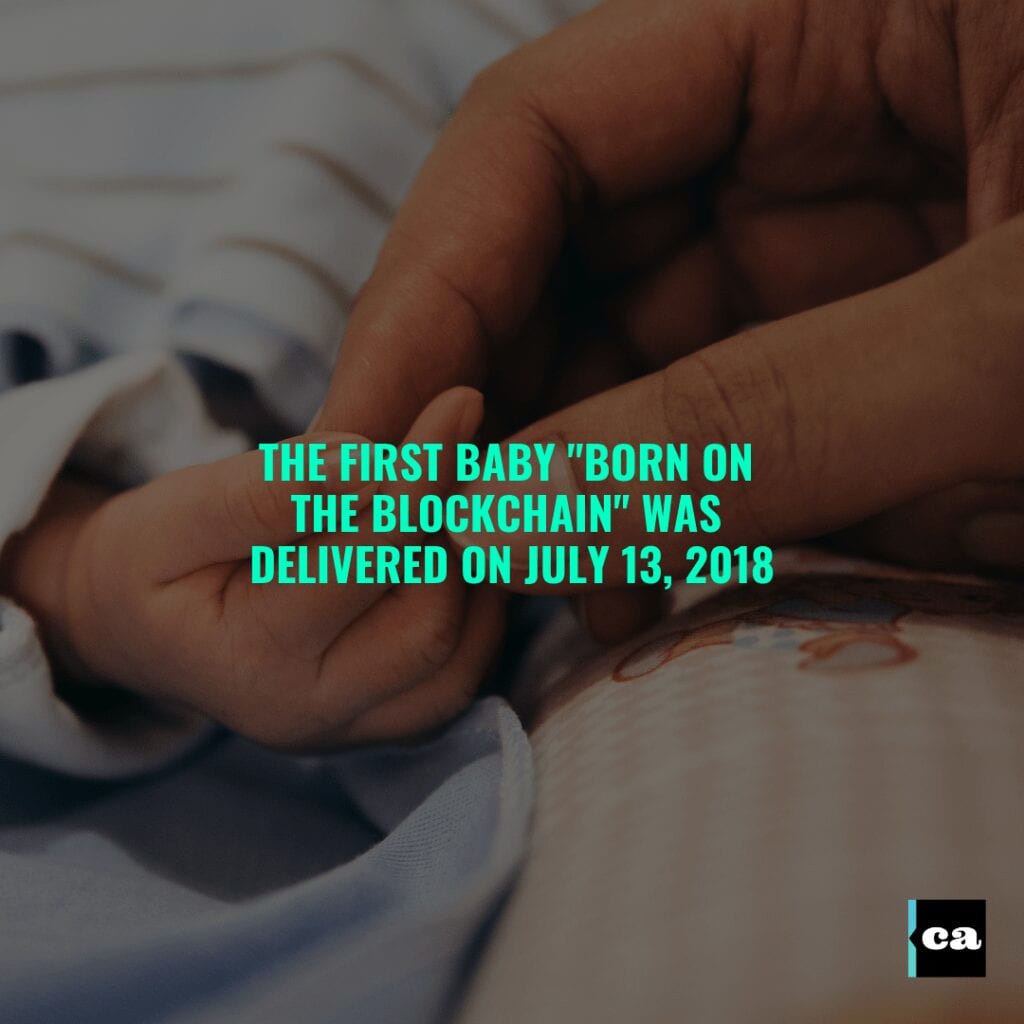 By tethering the digital identity of both mother and child, the solution also enables infants to be automatically provisioned with a recognizable identity, which can be used as the basis of accessing formal social services during their childhood and beyond.

Every visit and redemption of treatment is documented on the individual’s blockchain profile using a so-called smart contract – such an extensive data capture allows doctors and practitioners to provide more informed medical advice to patients. It also helps quantify the impact of the healthcare delivery to donors and program implementers, which is key to the long-term scalability and sustainability of these initiatives.

“While no technology should be considered a silver bullet that solves all ailments, there is little doubt that blockchain has the capacity to affect significant, positive change for the future of humanity. Blockchain will not only emerge as the integral infrastructure capable of changing how governments, corporates and individuals donate and trace their money, but also as the mechanism that will allow donors to determine their own impact.”

16 Innovative Blockchain Technology Ventures That Are Impacting The World

How Smart Cities Can be Leaders in Sustainability, Blockchain, and the Future Economy