In episode 122 of the Disruptors for GOOD podcast I speak with Hasan Siber, Co-founder and CEO of Colive, on becoming a food entrepreneur in the middle of a conflict zone to address peacekeeping through business.

Colive was born out of a passion for quality and equality.

Hasan and Alex met in their first days at a university in the UK and discovered they were both from the same island but on different sides of a border. Their friendship grew with time for more than a decade.

When Hasan realized Cyprus could be the birthplace of the world’s rarest olive oil, he knew that with Alex’s help, they could not only create an amazing product but also help their island thrive.

Thus, Colive Oil was born. They bring high-quality, locally grown indigenous Cypriot olives from groves in northern and southern Cyprus to be pressed together into the rarest olive oil in the world.

In crossing the demilitarised zone dividing Cyprus, these olives create a truly and wholly Cypriot, globally unique olive oil with the social mission of bringing people together despite conflicts. Alex and Hasan are leading by example.

Colive is the first company in Cyprus for over 50 years to operate truly island-wide and directed jointly by Greek and Turkish Cypriots.

Colive is the first Cyprus company to operate across the division in more than 50 years and only Cypriot olive oil brand available in the U.S. at retail – is using its high-quality extra virgin olive oil made with hand-picked olives to pursue peace on the divided Mediterranean island, bringing new meaning to food with purpose.

Olive oil is a type of vegetable oil that is extracted from olives, the fruit of the olive tree. It is a popular ingredient in many Mediterranean dishes and is also used in cosmetics, pharmaceuticals, and soaps.

Olive oil is high in monounsaturated fats and has been linked to various health benefits, such as reducing inflammation and lowering cholesterol levels. It is also a source of antioxidants and has anti-inflammatory properties.

Olive oil is a healthy alternative to other cooking oils, such as vegetable oil or butter. When shopping for olive oil, it is important to choose a quality product. Extra virgin olive oil is the highest quality and has the most antioxidants.

Virgin olive oil is also a good choice, but it has fewer antioxidants than extra virgin olive oil. Refined olive oil has been processed and has a neutral flavor. olive oil can be used in both cooked and raw dishes.

It can be used to fry food or as a salad dressing. It can also be used in baking or as a dip for bread. olive oil can also be added to cosmetic products, such as shampoo or lotion, to nourish the skin.

After the division of Cyprus into northern and southern parts in 1974 following civil unrest, war and displacement, families and friends have been divided on the island, unable to cross the border.

Hasan Siber, co-founder and CEO of Colive, decided to collect the one-of-a-kind Cypriot olives from both sides of the line and combine them into one extra virgin olive oil that offered not only a unique taste, but also a unique social mission.

To help foster peace and a united Cyprus, the company has committed to donating 10% of profits from each bottle sold to organizations dedicated to that cause.

Colive works with ~15 family farms across the conflict zone to harvest its olives, and educates farmers on how to utilize sustainable and climate-friendly farming practices, including hand-picking the olives, regenerative farming and water conservation. 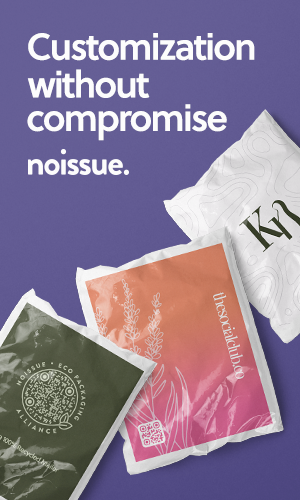