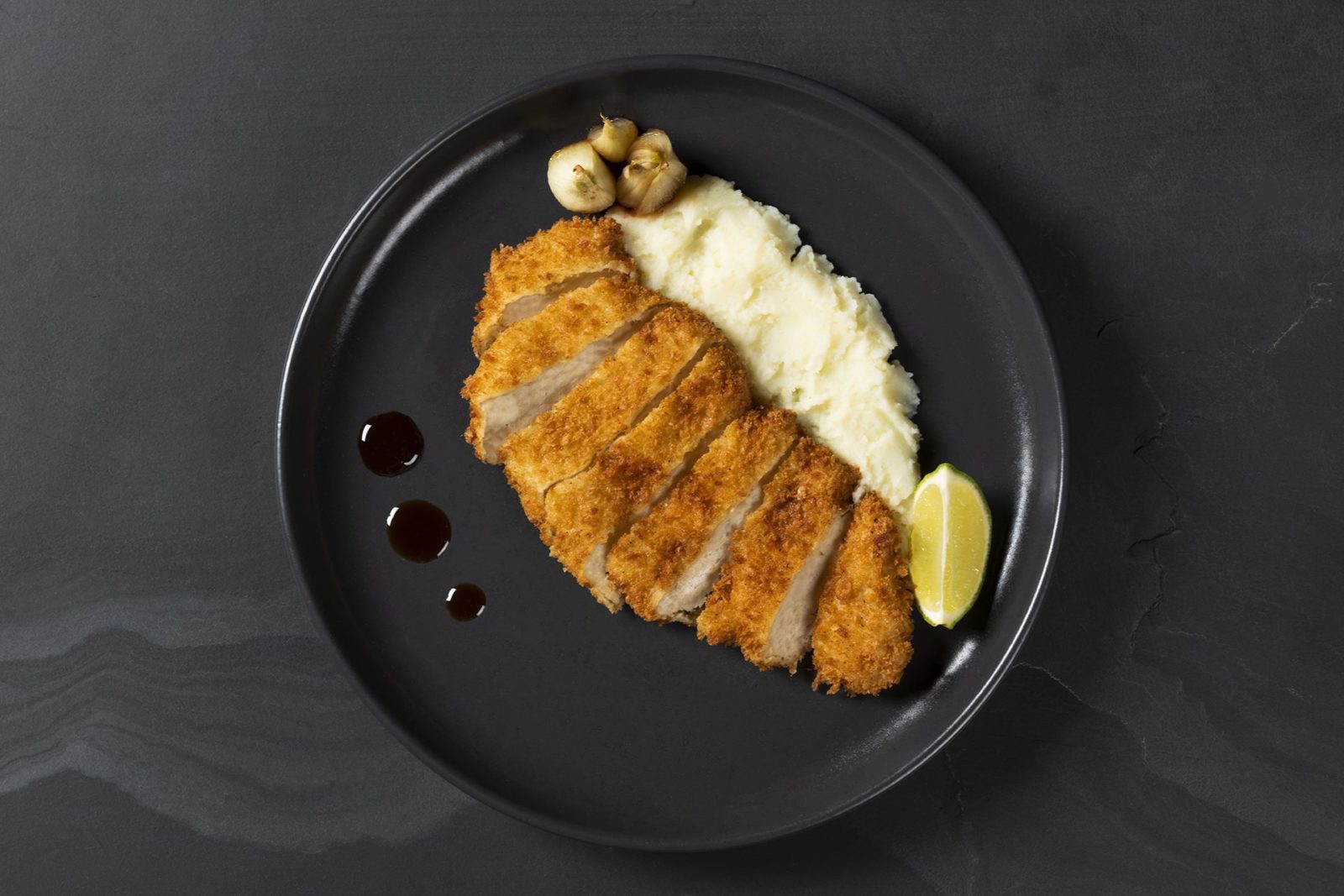 What is Cultured Meat

Cultured meat, also known as lab-grown, is produced by taking stem cells from animals and growing them into muscle tissue without the use of animal slaughtering. The main drivers and challenges for this industry are discussed below.

Unlike traditional forms of livestock farming, cultured meat does not require animals to be killed and can be grown in a laboratory setting with fewer resources and less environmental impact than conventional meat production.

Cultured meat has the potential to provide a sustainable and ethical food source for an ever-growing population, while also reducing the environmental impact of current animal agriculture practices.

Cultured meat has the potential to provide many benefits compared to traditional livestock farming. It can be produced in a laboratory setting, meaning that fewer resources and less environmental impact are required to produce it than conventional animal agriculture practices.

Cultured meat also eliminates the need for animals to be killed in order to produce food, making it a more ethical choice.

Furthermore, cultured meat is a renewable source of protein that could potentially meet the needs of an ever-growing population while reducing the environmental impacts of current animal agriculture practices.

Research and development into cultured meat has been ongoing for over a decade now, with numerous companies in the field vying to bring a product to market.

Several of these companies are at the pre-commercial stage and are working to develop a product that is safe, nutritious, and economically competitive with traditional meat.

Additionally, research into the potential regulatory framework surrounding cultured meat production and consumption is ongoing in various parts of the world.

While cultured meat has the potential to provide numerous benefits, there are still several challenges that need to be overcome in order for it to become a viable food source.

These include the need for additional research and development into the production process as well as potential regulatory issues surrounding its production and consumption.

Additionally, cultured meat must be able to compete economically with traditional livestock farming in order for it to gain widespread acceptance.

Over the last few years, we’ve seen several startups emerge as leaders in this space. These companies are usually founded based on the frustration and lack of efficiency with our current food system’s and its impact on the environment and unhealthy effects on animals.

below are some of the startups and cultured meat companies creating the future of sustainable food sources.

Finless Foods is a company that is reinventing the seafood industry by using technology to grow fish without actually having to put them in water.

Finless Foods is a startup based in Silicon Valley that was founded by CEO Mike Selden, who has spent 20 years as an entrepreneur and investor.

His background in Biochemistry and Molecular Biology has played a big role in him dedicating his life to climate justice and science advocacy.

His research has spanned many fields – from solving food crises in Africa, to marine conservation in Southeast Asia.

Finless Foods’ mission is to create sustainable fish products through a tech-enabled process that allows it to grow fish without ever needing to put them in water.

This way the company can produce more fish products with less resources used and less pollution caused by traditional methods of fish farming.

Mosa Meat is a Dutch company that is working on developing a meat substitute that looks, tastes and feels like the real thing.

The company has so far produced two meat products: a beef patty and a chicken nugget. The product is made from cultured cells taken from real animals, which are grown in a lab and then combined with other ingredients to create a meat substitute.

Mosa Meat says its goal is to create “an identical copy of animal meat (‘meat 2.0’) with all the sensory characteristics of conventional meat.”

The company claims its product has the same texture and taste as conventional meat, but it’s cruelty-free because it doesn’t involve killing any animals.

“We have already shown that our product can compete with the best industrial ground beef,” said Mosa Meat co-founder Mark Post in February. “Our next step is to make our burger as affordable as possible.”

The Better Meat Co. harnesses the power of fermentation to make delicious, versatile mycoprotein ingredients for food companies to use as the basis of their blended and fully animal-free meats.

Just as we need clean energy to compete with fossil fuels, clean meat is poised to become a competitor of factory farms.

Clean meat isn’t an alternative to meat; it’s real, actual meat grown (or brewed!) from animal cells, as well as other clean animal products that ditch animal cells altogether and are simply built from the molecule up.

Listen to the podcast interview with Paul Shapiro, CEO of The Better Meat Co here.

SuperMeat is a company that’s developing lab-grown meat. It was founded by Ido Savir, Gabor Ekes and Shir Friedman in 2016.

SuperMeat’s mission is to provide sustainable and natural meat production through clean and efficient technology.

The idea of growing meat in a lab is not new — but it has previously proved too expensive or difficult to scale up. SuperMeat aims to overcome these challenges by using the latest technologies to grow muscle tissue in a controlled environment, rather than in an animal.

Growth of muscle tissue starts with stem cells taken from living animals. These are then multiplied in large numbers and grown on a scaffold made from plant proteins so that they resemble real tissue.

BlueNalu’s mission is to be the global leader in cell-cultured seafood, providing consumers with great tasting, healthy, safe, and trusted products that support the sustainability and diversity of our ocean.

Global demand for seafood is at an all time high, as consumers are increasingly choosing to eat the extraordinary variety of delicious and nutritious seafood products that exist worldwide.

Unfortunately, our global supply for seafood cannot keep pace with this demand, as populations of marine species have halved since 1970.

This is due to overfishing, illegal fishing, rising ocean temperatures, acidification, the effects of trawling, and a number of other environmental, social, and political challenges.

By focusing on cell-cultured seafood solutions based on real fish rather than plant alternatives, they strive towards making consumers’ dreams of reliable access to quality seafood come true all around the world.

Originally called Memphis Meats, Upside Foods is a meat-alternative company that has been working on developing lab-grown meat for years.

The process of making their meat involves taking stem cells from an animal (like a cow or pig), growing them in large vats of nutrients and then harvesting them after about 3 months when they’ve grown into muscle tissue similar to what you’d find in an actual piece of steak or burger.

Aleph Farms is a startup food technology company with the goal of developing cultured meat products. The team’s mission is to provide consumers all around the world with a safe, nutritious and more sustainable alternative to traditional animal-sourced meat.

Through their cutting-edge bioengineering technologies, Aleph Farms are able to grow beef steaks from cells that are derived directly from cows.

This distinct process which they call ‘3D printing of steaks’ combines 3D bioprinting technology and stem cell science, allowing for a unique product that has the same texture and flavor as real steak.

Firstly, it eliminates many of the ethical concerns associated with raising animals for food production; their products are produced without any antibiotics or hormones and do not contain any allergens or cholesterol – making them far healthier than conventionally produced meats.

Furthermore, this innovative approach drastically reduces water and land usage (up to 95%), as well as greenhouse gas emissions (up to 90%) – significantly contributing towards positive environmental impact.

This pioneering food technology also has potential applications in space exploration where a limited number of resources can be used more efficiently.

With the global population projected to reach 10 billion by 2050, our current food systems are ill-equipped for what is coming.

Wildtype has identified a unique solution: growing seafood from cells rather than relying on wild or farmed fish in order to meet this imminent demand and reduce environmental strain.

This new way of producing real salmon and other popular proteins completely eliminates microplastics, mercury, parasites and toxins – transforming how we source & eat healthier protein with sustainability at its core!

This also presents the opportunity to keep what we all love about seafood on our plates – the delicious protein and nutritious fats – without the things we’d rather leave out: microplastics, mercury, and other common contaminants.

Because, Meat is a startup with a big mission: To make the most nutritious and sustainable pet food for dogs and cats on the planet — without ever harming any animals or the environment.

By supporting Because, Meat you will help bring an end to the raising of farm animals for slaughter. With fewer factory farms, we will lessen the devastating impacts of them – to our rainforests, oceans and climate.

And, importantly, you’ll also be aiding in the creation of safer and more nutritious food for our pets.