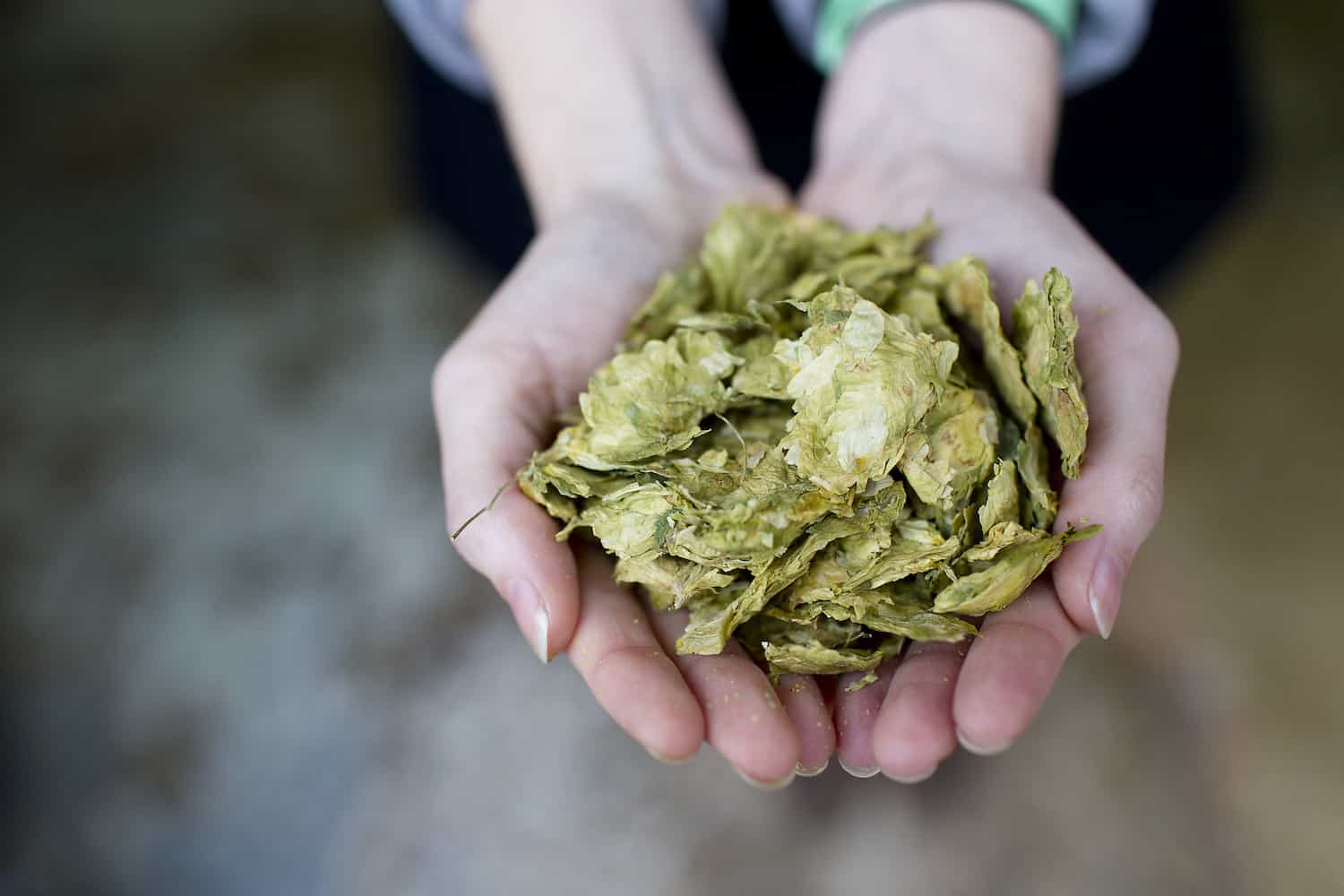 Appalled by the amount of bread thrown away by bakeries, Singapore-based Austrian couple Henry and Christine Laimer founded Food from the Heart in 2003, a charity set out to combat food waste through redistributing leftover bread to those in need.

Food from the Heart collects approximately 28,000 kg of surplus bread every month, which amounts to saving S$3.56 million worth of bread from being thrown away every year.

The non-profit started off with 120 volunteers serving 26 welfare homes in 2003, and has grown to an army of 1,700 volunteers, partnering with more than 100 bakeries and hotels, and reaching over 33,000 beneficiaries across the island.

Singapore amassed 788,600 tonnes of food waste in 2015 alone, the equivalent of each Singaporean throwing away two rice bowls worth of food every day. Food waste has increased by almost 50% over the last decade and accounts for 10% of total waste generated in the city state. Only 14% is recycled from this staggering amount, which points to considerable gaps in the country’s food waste management system.

According to a survey in 2015 by the National Environment Agency (NEA) and the Agri-Food and Veterinary Authority, 1 out 4 Singaporeans buys more food than what they will realistically consume.

Outside of the home, food is often discarded for not meeting restaurants and supermarkets’ overtly strict cosmetic standards.  Stringent food safety regulations make it hard for supermarkets to display wonky fruits and vegetables on their shelves –the curvy carrots or the oversized oranges, which may not appeal to the eye, but are completely safe to eat. 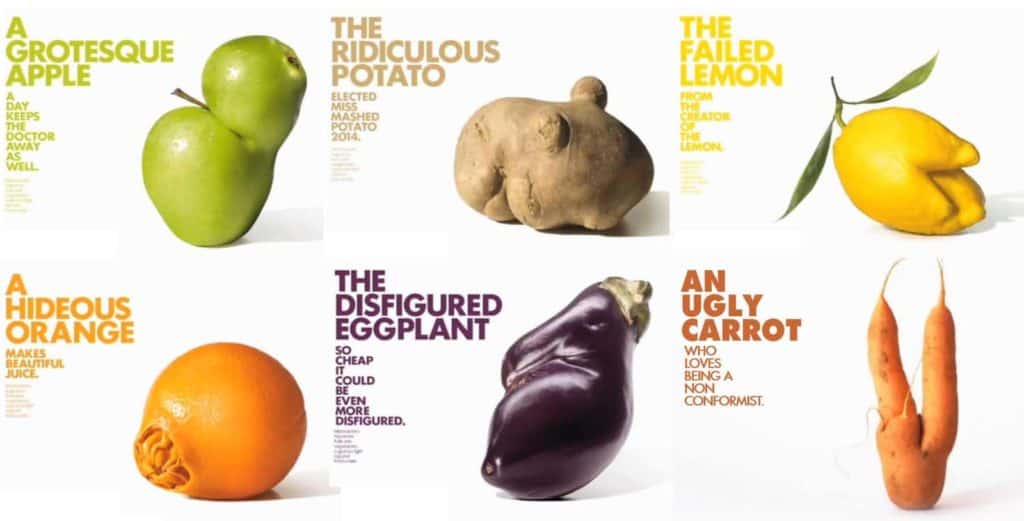 A survey by Electrolux found that more than half of Singaporeans would pass over “blemished, discoloured or misshapen” fruits and vegetables.

“46% of fruits and vegetables never make it from the farm to fork as they are not the right shape or colour”, says Kenneth Ng, President and CEO, Asia Pacific, Electrolux Major Appliances. “We want to raise awareness among the general public to embrace ugly food in order to reduce food waste from the beginning of the food chain.”

Electrolux spearheads the #HappyPlateSg initiative offering practical advice to save food and reduce waste, and has pledged to support Food Bank Singapore, a food redistribution charity. As part of its #UglyisTheNewGood campaign, Singaporeans are encouraged to post photos of (meals created with) imperfect produce, and for every eight hashtags shared, the home appliances manufacturer commits to fund Food Bank Singapore‘s Fresh Food Truck for one day.

NTUC FairPrice, Singapore’s largest supermarket operator, launched a similar programme called Great Taste Less Waste Selection: instead of throwing them away, blemished fruits and vegetables are cut up, repackaged and sold at a discounted price.

The programme forms part of FairPrice’s Food Waste Framework, which has allowed the grocery retailer to halve its food waste in just two years. FairPrice developed its own Food Waste Index to track the progress of its work, and is the first supermarket in Singapore to make a public pledge to combat food waste.

Another example of Fairprice’s anti-waste campaign is its partnership with Food from the Heart, Market Place, which enables the charity to collect non-perishable supermarket products which are nearing their expiry dates or have damaged packaging, and redistribute them to welfare homes.

With the support of the FairPrice Foundation, the non-profit has also started the Clean Plates Campaign, which educates primary school students to become more conscious about food waste and embrace mindful eating from an early age.

“Through the Clean Plate Campaign, we hope to educate students on the environmental and social impact of food waste and help them develop a mentality of only taking what they can finish”, says Kwa Eng Kiat, Chief Executive Officer of Food from the Heart. “We also hope to cultivate a ‘love food, hate waste’ attitude in everyone, because there are many out there who struggle to provide three meals a day for their families.”

Scientists, non-profits and social enterprises worldwide are pioneering the creation of food and drink products using ingredients that would otherwise go to waste.

Toast Ale, a UK social enterprise, brews beer from surplus bread, while MisFit Juicery, a US-based venture, blends juices from fruits and vegetable scraps or produce that’s been rejected because of their looks. Toast Ale replaces 1/3 of the malted barley used in the brewing process with bread crust – one slice goes into the production of every bottle of craft beer.

Singapore has also recognised the value of repurposing food waste, and universities have made significant strides in coming up with innovative upcycling solutions.

Researchers at the National University of Singapore created an alcoholic beverage from tofu whey, a residual liquid from the production of bean curd. Discarding whey is both wasteful due to its high level of calcium and soy nutrients, and damaging to the environment because it contributes to oxygen depletion, when disposed of untreated and in large amounts.

Nanyang Technological University developed a technology to produce yeast – a key ingredient to make beer – from spent grains, a by-product of the beer-brewing process.  The invention will allow breweries to minimise their wastage and reduce their production costs.

How can consumers help?

While the role of supermarkets and food retailers is key to creating a more sustainable food ecosystem, consumers must also play their part in keeping food out of landfills.

The National Environment Agency (NEA) of Singapore published a guide to reducing household food waste and here are some of their key tips:

NEA also shares easy-to-adopt kitchen hacks to help you make the best use of your fresh produce:

“With nine out of ten Singaporeans already concerned about food wastage, there is no better time to make your voice heard”, says Tristram Stuart, leading food waste campaigner and founder of Toast Ale during his recent visit to Singapore.  “As a consumer, every time you purchase something from the supermarket, you are making a choice and shaping our food system.” 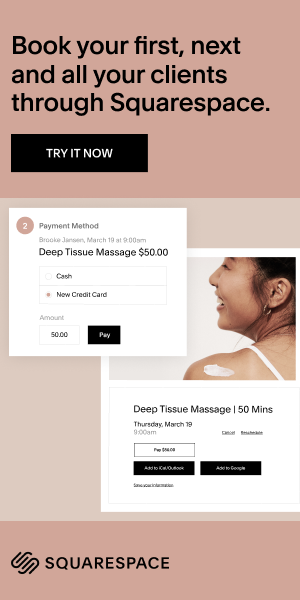 Meet The Pluralist Watches: Timepieces With A Philosophy

Championing Zero Waste During a Pandemic with Kriti Tula of Doodlage

Meet the Organizations Leading the Charge Against the Coronavirus in Asia