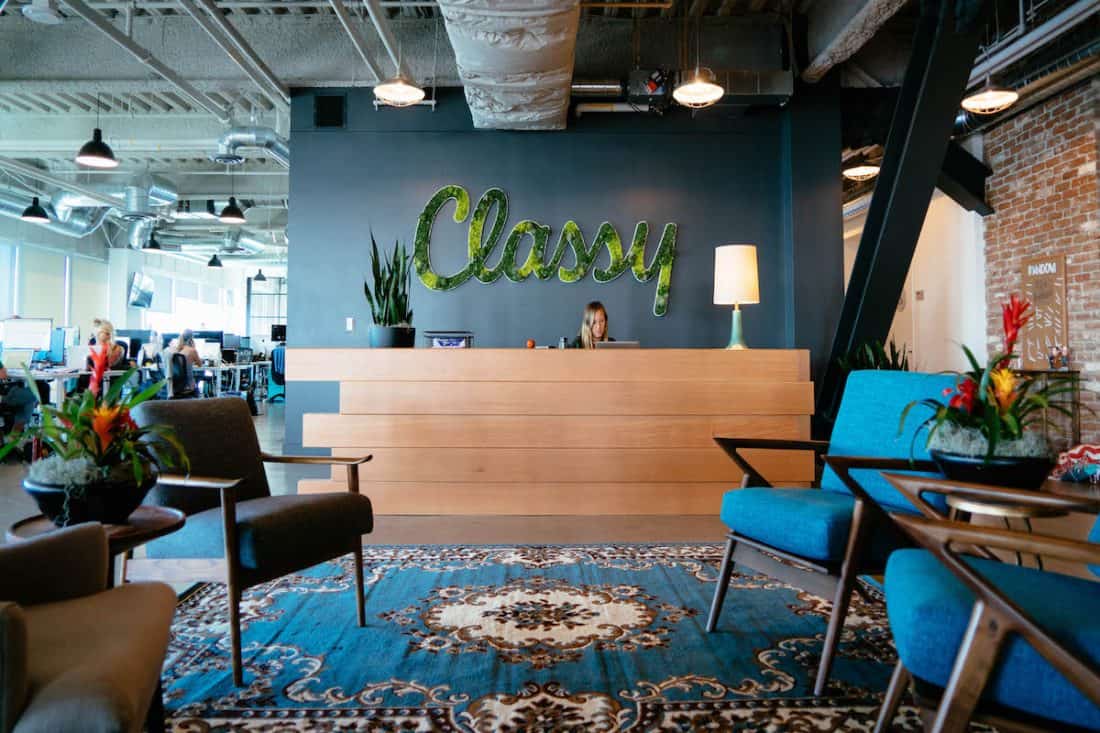 Scot came up with the idea for Classy during a pub crawl fundraiser to honor his mother, a two time breast cancer survivor. After the pub crawl they had trouble making an online donation to one of the largest cancer organizations.

This inspired Scot to start Classy and make it easier for anyone to support a cause that’s meaningful to them.

Since 2011, nonprofits have raised over $1 billion on the Classy platform.

Classy was selected by Fast Company as one of “The World’s Most Innovative Companies in Social Good. Classy was also recognized on the “100 Brilliant Companies” list by Entrepreneur Magazine. Most recently, Scot was recognized by Glassdoor as a Highest Rated CEO in 2017.

For more inspiring interviews from social entrepreneurs, listen to the Disruptors for GOOD podcast.

Below is an interview with Scot about his journey, mission, and the task of digitally improving the massive nonprofit world.

Tell us about the Pub Crawl that inspired you to start Classy.

In 2006, my friends and I decided that we wanted to dedicate some of our free time to help support the fight against cancer. This was important to me personally, as my mom had battled breast cancer twice when I was growing up.

When we were coming up with the name for the pub crawl, the movie Anchorman happened to be on in our apartment at the time, and my buddy Pete turned to me and said, “why don’t we name it the ‘Stay Classy’ pub crawl?” after Will Ferrell’s signature phrase in the movie.

The crawl was a big success and inspired us to host dozens of similar fundraising events over the new few years, supporting a variety of local nonprofits like Surfrider Foundation, San Diego Youth Services and the San Diego Fire Rescue Foundation.

When starting Classy were you surprised how much tech had not penetrated the nonprofit sector yet?

Definitely, and that surprise was ultimately what led us to become a technology company. It started with that first fundraising pub crawl experience, where we tried to get involved with the ACS but ran into trouble on their website.

It also continued afterwards when we couldn’t donate the money in the way we wanted, and they made us bring a check to a sanctioned event two weeks later. So our first goal was to make it easier for young people to get involved in philanthropy generally. Eventually this idea turned toward technology when we realized that the way nonprofits were raising money online had a ton of room for improvement.

The nonprofit sector has long been known for being a laggard on the technology front, but it’s not because the people running nonprofit organizations aren’t tech savvy, or that they don’t want to adopt the best technology for their organization.

We found that the options that they had in front of them were extremely limited. Essentially one company had monopolized the space since the 1980’s. There’s a lot of frustration in the sector because of this lack of optionality, and in our view, it’s caused the space to fall behind a bit from a technology perspective.

When talking with nonprofits what are the biggest challenges they face?

In addition to having limited resources to attract new donors, nonprofits have a difficult time retaining the donors that do make a donation to their organization.

Various studies have reported that more than half of first-time donors aren’t returning to make another donation—this is significant turnover. Our research has also shown that recurring donors provide much more value than one-time donors.

Fostering and maintaining long-term relationships with donors or potential donors is one of the biggest challenges that today’s nonprofit professionals are facing, and it’s something we’re focused on helping our customers with.

What were some of the biggest hurdles you faced when trying to get Classy off the ground?

As with most startups, raising funds and building relationships with the right investors that understood and agreed with our vision was one of the biggest challenges we faced in the early days.

The nonprofit industry isn’t a space that comes to mind right away when angel investors and venture capitalists are thinking about where to invest. However, the market is very big ($410 billion donated each year to 501c3 organizations in the United States alone) and the challenges that nonprofits face are very real and very urgent.

It took us a few years to be able to walk an investor through the market in the right way, and to make a case for why this was a good investment. Eventually we got there. We’ve now raised $53 million from angel investors, venture capitalists and strategic investors like Salesforce Ventures.

Another big hurdle was our desire to stay in San Diego. We really wanted to keep our roots here, but many investors wanted us to be up in the Bay Area. We fought hard to grow our company in San Diego and provide jobs in the city where Classy was born.

From a growth strategy perspective what has worked the best for Classy over the past few years?

The most important thing we’ve done over the past few years, which has no doubt assisted with our growth, is listen to our existing customers and work side-by-side with them through the challenges they’re facing. This leads to product development and innovation and has helped us gain a leadership position in the market.

“With a great product, word of mouth referrals start to happen, and then from there you have enough tail wind to build out a sales organization.”

We’ve grown our sales team from one person to around eighty over the years, so now that organization plays a big role in talking to new customers. It all starts with a great product though.

Classy started its own conference called Collaborative a couple of years ago. What should people know about the conference?

The Collaborative is one of my favorite things we do at Classy each year, especially as a core tenet to our social enterprise mission. The event is a three-day, immersive experience designed exclusively for nonprofit professionals and social impact leaders to learn, share, and get inspired.

I think the biggest takeaway each year is how inspired the attendees are when we wrap up on the last day. We often hear that the nonprofit sector has a harder time collaborating on issues and that organizations are often solving problems in silos. Bringing like-minded individuals together helps people see their challenges or hurdles in a different way, or discover how others in their shoes got past similar problems.

For me, it’s exciting to see such growth in the social sector year over year—it shows just how many people are dedicated to tackling today’s biggest societal issues.

The Ultimate Guide to a Sustainable Travel Experience