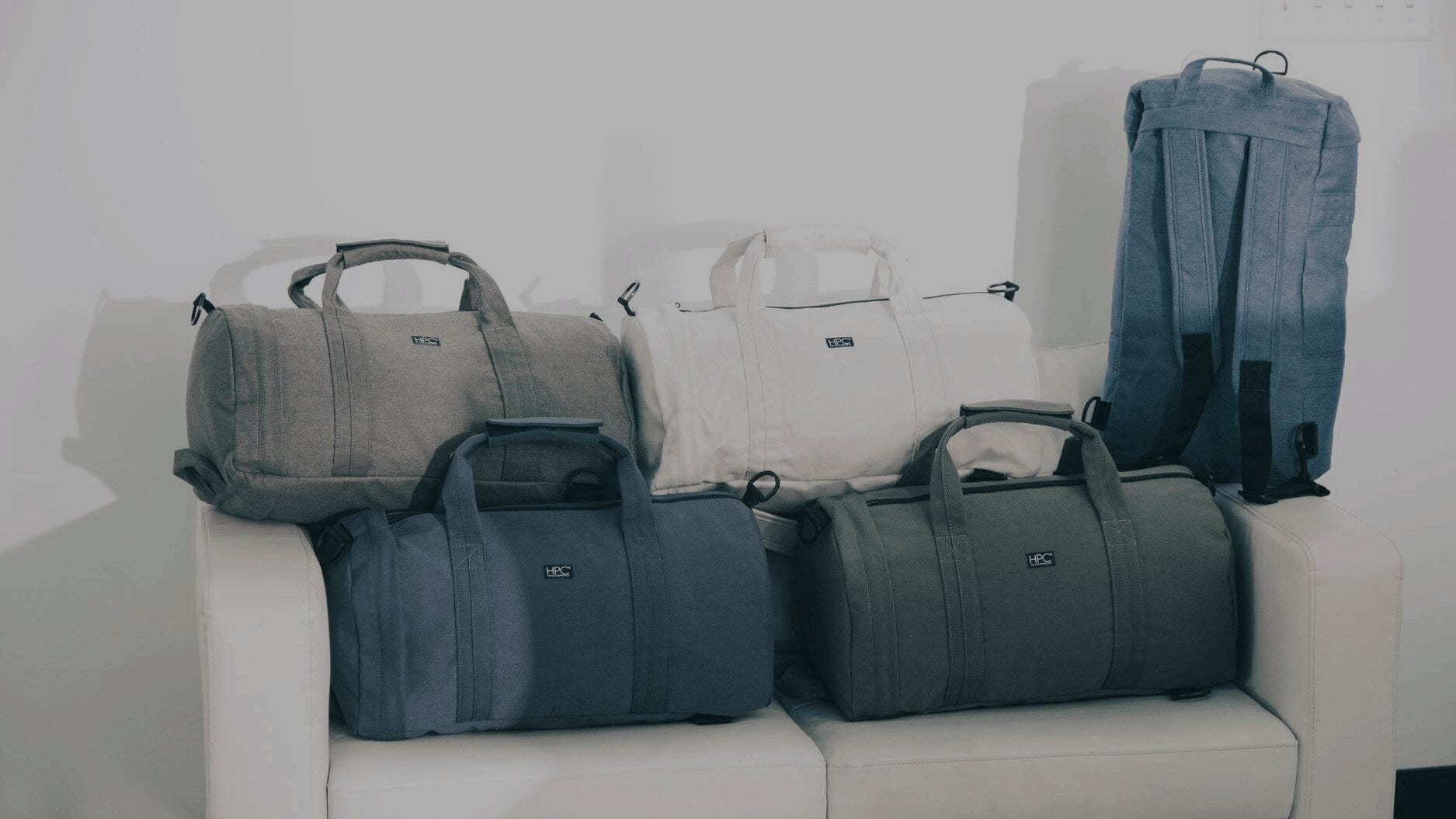 In Episode 13 of the Disruptors for Good podcast I speak with Hamilton Perkins, the founder and President of Hamilton Perkins Collection, a certified B Corporation, offering designer travel bags at an affordable price, while holding the highest standards of sustainability and environmental performance, accountability, and transparency.

In 2014, Hamilton Perkins founded the collection producing unique and award winning bags and accessories from recycled plastic water bottles, pineapple leaf fiber, and billboard vinyl. The result is that no two bags are ever the same.

Hamilton was the winner of the Virginia Velocity Tour hosted by the Governor of Virginia, and the recipient of a HUD Community Development Block Grant. The non-profit B Lab honored Hamilton Perkins Collection as a “Best for the World Overall” B Corporation in 2017. Hamilton Perkins Collection has been featured in Forbes, Fast Company, Money Magazine, The Washington Post, and named to our Social Entrepreneurs To Watch For In 2017.

The brand is currently sold in nearly 100 leading department stores and specialty stores in the United States, Canada, and Europe.

Prior to starting Hamilton Perkins Collection, Hamilton was an Investment Advisor at Merrill Lynch and, earlier, worked as an Analyst at Bank of America.

He has also served in a leadership capacity with various non-profit organizations and has been recognized for his volunteer work and service hours assisting low-income populations.

He is a graduate of Old Dominion University with a degree in Business Administration and he earned his M.B.A. from William and Mary.

Meet the Sustainable iPhone Case Made From Recycled Plastic Bottles

3 Steps to Help You Choose One Cause to Support