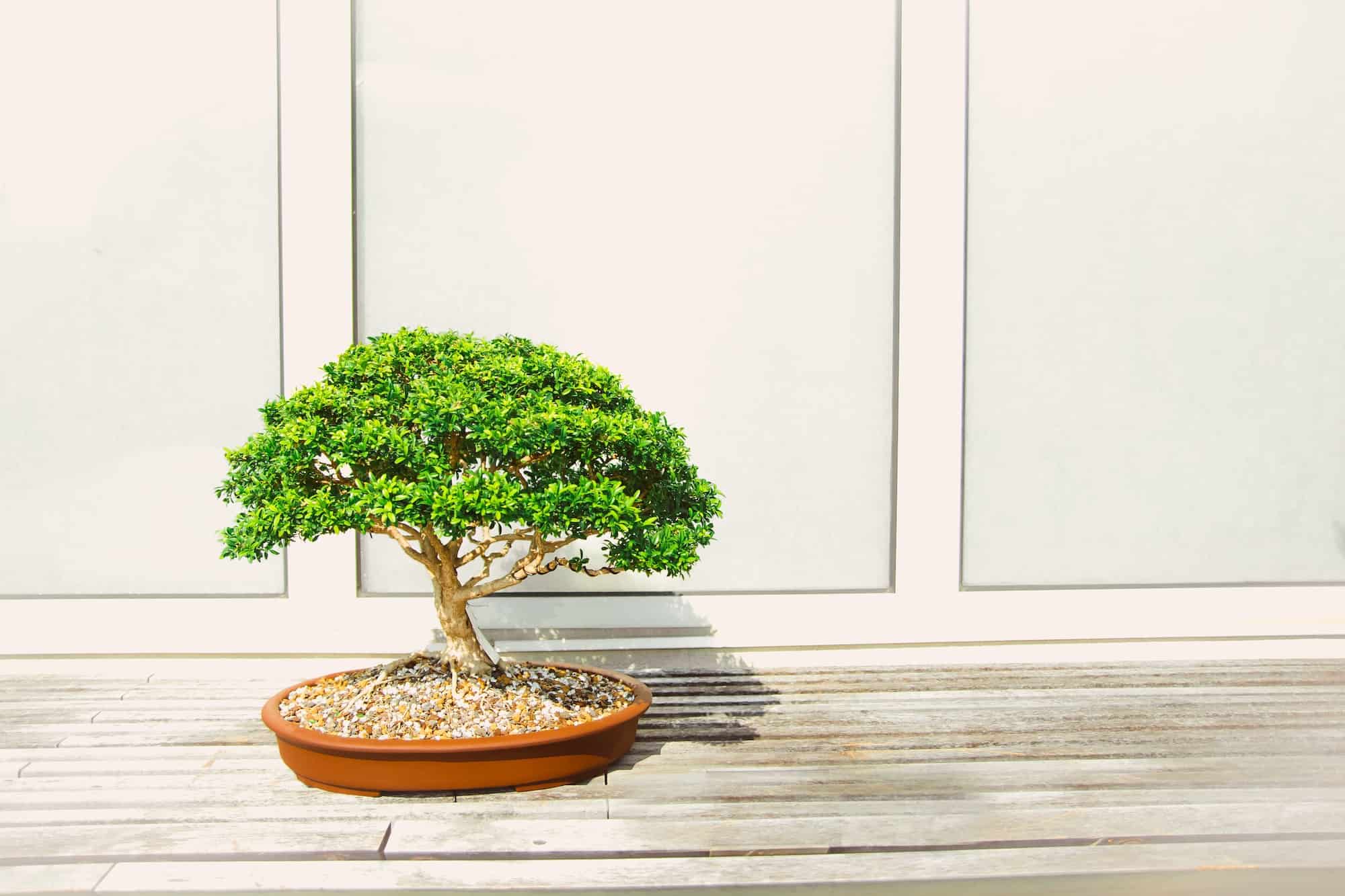 Franc Pierre Etienne recently stated that “2020 – 2030 will be for hydrogen what the 1990s were for solar and wind.” So what exactly is hydrogen energy?

Hydrogen is considered an alternative fuel under the Energy Policy Act of 1992. According to the US department of energy, “The interest in hydrogen as an alternative transportation fuel stems from its ability to power fuel cells in zero-emission FCEVs, its potential for domestic production, its fast filling time, and the fuel cell’s high efficiency.”

With so many countries and states aiming to be 100% powered by renewable energy in the coming decades, a recurring problem seems to be the inability to rely solely on solar and wind. Hydrogen energy and fuel cells can potentially mend this gap, and get our planet to zero emissions faster.

However, hydrogen transportation and storage costs have prevented the hydrogen economy from booming – until now.

How Does it Work?

When the user inputs aluminum, the system strips it of a thin natural coating. This coating is what prevents aluminum from reacting with liquids in everyday use.

Once the barrier is stripped, the aluminum is introduced to water, where it causes a chemical reaction that splits the water into separate hydrogen and oxygen molecules.

The hydrogen from the reaction is collected and fed through a fuel cell where it is converted to electricity. Since the hydrogen does not have to be stored, there is no risk of fire or explosion.

After the reaction is complete, the barrier that was stripped in step 1 is filtered out, at which point it can be recycled back into pure aluminum or easily disposed of.

Trolysis CTO, Tirthak Saha – Forbes 30 under 30 in energy recipient and the first Electric Grid Modernization Engineer at American Electric Power – sat down with Causeartist to discuss the launch of Trolysis, his work with CEO Josiah Nelson, and the realities of climate change.

How did you both meet?

We met through mutual friends and a mutual interest in renewable energy. I became extremely interested in what Josiah had been working on – what would soon become Trolysis – and knew that this had to be my life’s work. I HAD to be a part of it.

I think one of the best aspects of the larger renewable energy community is we see the larger picture, and this leads to a culture of collaboration and a desire to support each other in the interests of the larger mission – a clean energy future. I feel that’s what drew Josiah and myself close as well.

Why did you decide to work in the green hydrogen space?

Hydrogen is an excellent fuel and energy source. It has been, for quite some time, the holy grail of renewable energy enthusiasts like ourselves. It has excellent energy carrying capacity. It burns clean and doesn’t give off any harmful emissions and is a zero-carbon fuel. The problem lies in efficiently and cleanly generating the H2 itself.

I had been tinkering with making solar electrolysis processes more efficient, back in 2012-13 when I was still in School. When I came across the tech that Josiah had developed, it sparked that age old interest in Hydrogen – what I had always considered to be the fuel of the future, if only we could get past some of the manufacturing chain problems. Seeing that Josiah had already solved a few of the main problems, I knew that we were close to the finish line and wanted to help him get there.

When did you decide to pursue Trolysis full-time and what prompted this decision?

I was working with American Electric Power – one of the nation’s largest utilities – for about two years. I had been working to develop a Grid Modernization/Smart Grid technology roadmap for the company in the States of Indiana and Michigan. While I loved my work there – when I came across Trolysis and Josiah, I felt like I had come home after all these years.

Like I mentioned before, renewable energy had always been my first love in my career. I felt Trolysis would give me the scope to put my years of experience and knowledge gained from the broader Energy industry into the arena that I feel is key to solving one of the characteristic problems of our times – Climate Change. I wanted to be part of the movement that is pushing for a clean energy legacy for future generations.

I couldn’t think of a career that would be more satisfying to me.

In your opinion, what in the clean tech sector needs to change or accelerate in order to mitigate/solve climate change?

Most media outlets and organizations are using the findings of reports such as the The National Climate Assessment report and the IPCC to push the responsibilities of fighting Climate Change to individual consumers.

Now while we all need to change our habits for the better – Let’s make something clear: The emissions we need to focus on first are the ones at the industrial, corporate level, not at the individual level.

“71% of global greenhouse gas emissions since 1988 can be traced back to just 100 fossil fuel companies.”

The fossil fuel industry gets a number of direct and indirect subsidies. In the US, these subsidies can amount to $20 billion a year. Globally, it’s about $260 billion per year.

Getting rid of government support for these fuels and funneling them into renewable energy sources will accelerate technical development, corporate adoption, and have the fastest turnaround in terms of bringing our Carbon footprints down.

How does Hydrogen fit into a global solution for climate change?

One of the key metrics for assessing the environmental impact of energy generation processes is called the ‘Environmental Impact Factor’ or EIF (A lower EIF score is better). Carbon and fossil fuels based energy cycles have an EIF of 0.036. This means that the EIF of energy carriers should be less than 0.036 to obtain sustainable growth for human beings. If all the energy systems used a hydrogen energy system, the EIF of the Earth’s energy cycles on average, which would be 0.0001.

The EIF of carbon is more than 100 times larger than that of hydrogen. In other words, an energy system based on generating clean and renewable hydrogen from water is two orders cleaner for the environment than the present fossil energy system. The EIF of hydrogen is very small, to the extent that we need not worry about global warming when we use hydrogen energy systems with renewable energies as primary energy sources, even if the total energy consumption increases 10 times.

Why has hydrogen had difficulty taking off as a common renewable energy thus far?

At Trolysis, we have engineered a system to use recycled aluminum as fuel to make hydrogen and electricity. Our process starts with a well-researched aluminum treatment process to strip recycled aluminum metal of a naturally occurring oxide layer which prevents it from reacting with water in normal everyday situations.

The treated aluminum is then put into our system, where the chemical energy inside it reacts with water and splits water molecules to liberate hydrogen. This can be done directly at the point of use and not at a centralized plant. Furthermore the only thing you’d have to transport to the end customer is the water and the treated aluminum – which is far cheaper and easier to do than Hydrogen.

This may not sound that groundbreaking, but for pretty much the first time in history, we can make renewable hydrogen without any carbon release, on-site, on-demand, in extremely large quantities and at a cheaper price point than fossil fuels.

As you can tell, this solves the three problems to hydrogen adoption that I mentioned in my last answer.

In your opinion, what is the most interesting aspect of Trolysis’ technology?

The thing that excites me the most is its limitless applications, only restrained by our imagination. I’ll actually borrow a quote from my co-founder, Josiah here:

What is the next step for Trolysis?

Right now we are preparing to enter Pilot programs with industry partners. Like I mentioned before, if the immediate goal is to assist with slowing down Climate Change, we have to start with the large industrial and corporate players. Making this system as attractive to these organizations as possible is a driving force behind both our initial product and go-to-market strategies.

Everyone starts thinking about “sexy” applications of this tech such as fueling electric vehicles and running homes off soda cans when they hear about our tech, but we have bigger fish to fry upfront.

We’ve talked with customers and forecasted dozens of strategies to find the most optimal path is starting off with commercial & industrial hydrogen and using revenue from that to fund expansion into other verticals.

Where would you like to see Trolysis in 5-10 years?

Our goal is for this technology to bolster the switch to renewables at a global scale. To be clear, I’m not saying our goal is to have Trolysis dominate the energy industry and be the only thing people use — that was never our intention.

The beautiful thing about this technology we’ve built is that it’s not here to replace other renewable technologies — it’s here to augment them. The ultimate goal of this tech is to make renewables as a whole more feasible than fossil fuels.

To that end, our goal is to see cities that have solar panels on every rooftop, windmills in abundance and electric vehicles dominating the pavement, but with our technology filling all the gaps; storing the energy at high efficiency until its needed, allowing those EVs to top up their batteries with aluminum so you’re not chained to charging stations, and silently load-balancing the grid.

MPOWERD is Making Clean Energy Affordable and Accessible To All Humanity