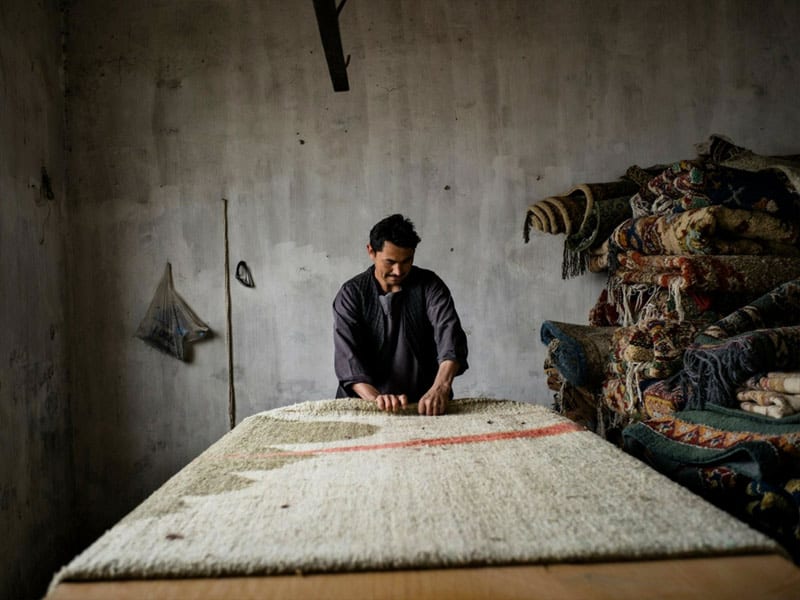 Afghanistan, Syria, Mali, Yemen – all countries home to extraordinary craftsmanship have been isolated from the modern economy by war and insecurity.

A new startup called ISHKAR hopes to change this with their initial launch in Afghanistan.

Products will range from carpets designed by Frank Gehry and Zaha Hadid, through to hand blown glass from Afghanistan’s last remaining glass workshop.

Edmund Le Brun recently returned from Afghanistan after living there for three years. Through the work done with the Turquoise Mountain Foundation, Edmund discovered a side to Afghanistan rarely seen in the media. Talented craftsmen using age-old techniques and local natural materials to create objects with lasting character and soul.

Afghanistan’s craftsmen – like many of those in other countries at war – face a single common challenge: how to get their work in front of customers abroad?

With this question in mind, last December Edmund and his co-founder, Flore de Taisne set up a beta site selling three simple types of cuff-links. The response was phenomenal. They sold ten times the number of cuff-links they initially expected to sell. What started out as a week of work for the young group of Kabul jewelers we were working with, turned into five weeks of full-time employment.

It was enough evidence for us to leave Afghanistan to set up our own e-commerce platform.

If the Indiegogo campaign in September is successful, they hope to also expand their reach to work with artisans and NGOs in other areas affected by war.

Below is a Q&A with Edmund Le Brun, co-founder of ISHKAR. 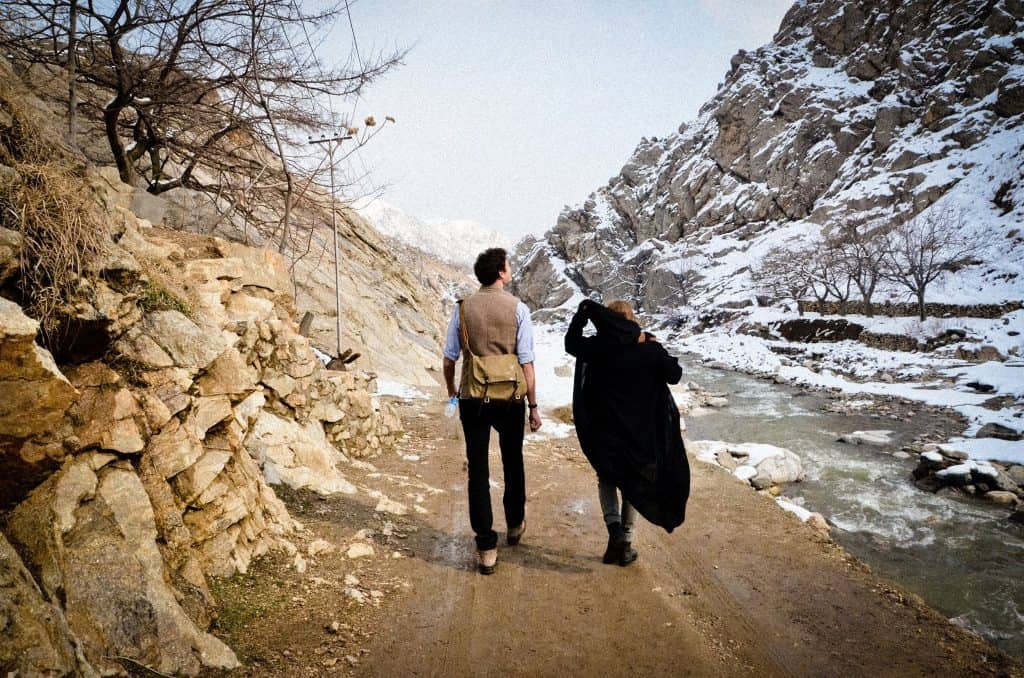 What originally brought you to Afghanistan?

There is something about Afghanistan that has always appealed to me and my co-founder Flore – romantic visions of its beautiful landscapes, historic cities and Silk Road past certainly played their role in luring us out there in the first place. But it wasn’t just romance! When I was 18 I lived in Xinjiang – a Chinese province which shares a border with Afghanistan.

Over the course of my 12 months I often wondered what life was like just over the border. in Xinjiang I witnessed the old city of Kashgar being torn down, and replaced by modern high rise apartments. Seeing first-hand how the physical dismantling of heritage was tearing apart the locals sense of identity and pride, taught me that protecting heritage wasn’t some airy fairy exercise reserved for university professors and museum archivists. Heritage was alive, and protecting heritage was a fight worth fighting. So, in my last weeks of University, when I found out about the NGO Turquoise Mountain’s work restoring the old city of Kabul, I was keen to help out, and I went out to Afghanistan to work with them as a volunteer.

How do you intend to spread good news and stories from the war torn countries you are working with, such as Afghanistan?

We believe that beautiful objects are themselves very powerful tools for story telling. Whenever you receive a compliment for one of our products – there is an opportunity to inform and surprise the complimented when you explain where its from! Every compliment received, or even use enjoyed, serves as a reminder that Afghanistan – and countries like it – have so much more to them than the war and poverty we are so used to hearing about. 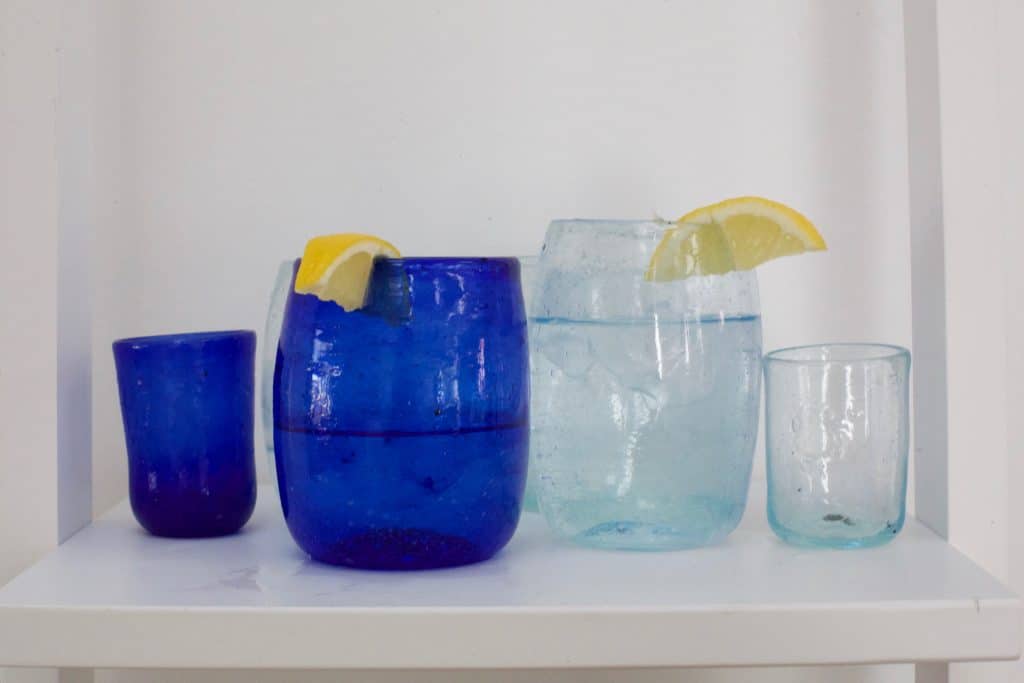 How did you come across the artisans and NGO’s you worked with for ISHKAR’s first collection?

For three years I worked for the NGO Turquoise Mountain setting up and providing support to Afghan artisan businesses, and in the last 12 months I was joined at Turquoise Mountain by my co-founder, Flore. In those years we came to know the artisans very well, spending countless hours in their workshops trying to help their businesses to grow. The one challenge we faced together everyday was getting the artisan’s products in front of customers abroad. That’s why Flore and I decided to leave Afghanistan and set up ISHKAR together. 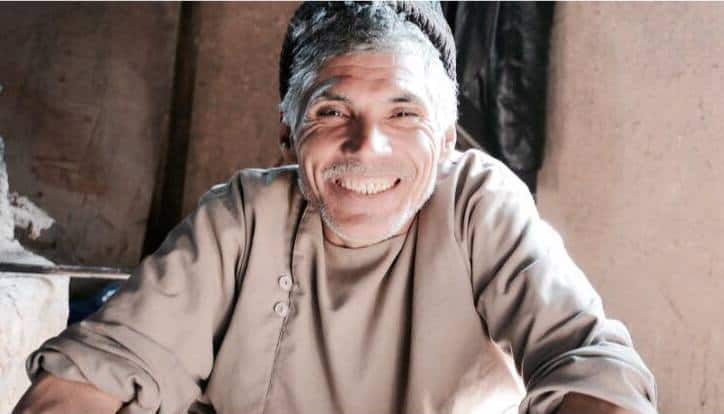 How did you connect with Frank Gehry and Zaha Hadid?

This is the result of a great partnership with the local NGO Arzu. Arzu brought big name architects on board (including Frank Gehry, Zaha Hadid and Robert A.M Stern) to design a collection of contemporary carpets. We now hope to help Arzu leverage these extraordinary partnerships by selling their rugs online. 80% of the retail value of these pieces go back to Arzu to be used to fund their development programs providing healthcare and educational opportunities to the families of female weavers. 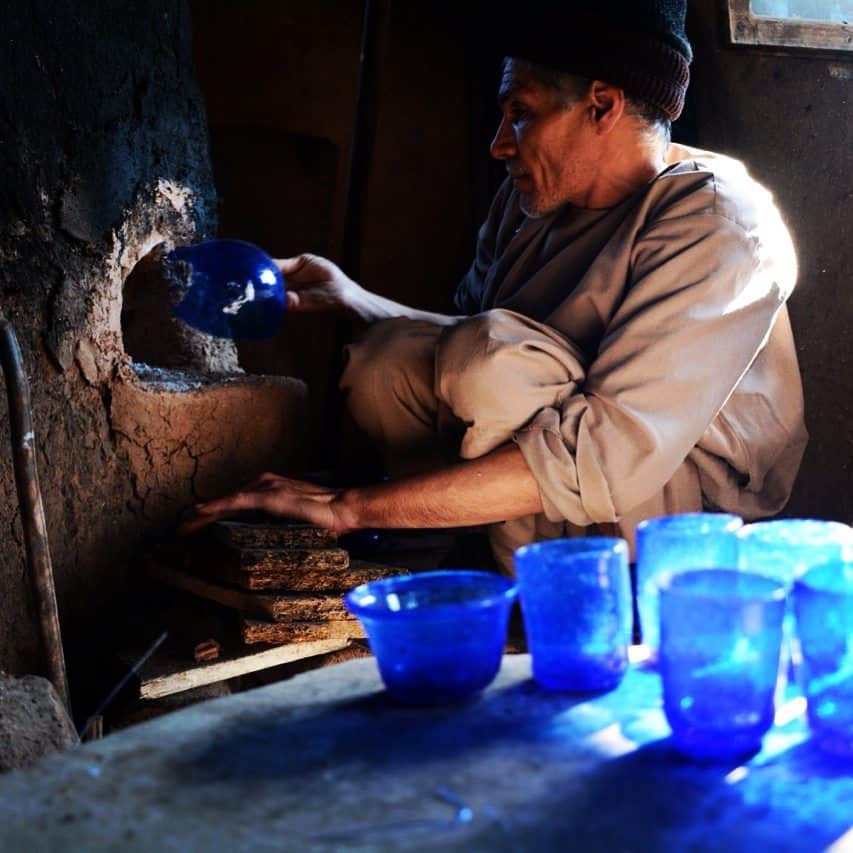 What is ISHKAR hoping to achieve by investing in these artisans and NGO’s?

Afghanistan’s economy is in a dire state and so too are global perceptions of the country. With more than 20% of refugees entering Europe coming from Afghanistan, we believe it has never been more important to show the world a different perspective. By selling craftsmanship of this highest level, we believe we can achieve this while at the same time create economic opportunities for artisans back in Afghanistan. If our Indiegogo campaign on September 1st is successful, we hope to also expand our reach to work with artisans and NGOs in other areas affected by war.

What does ISHKAR mean? Or does it have a particular meaning to you?

‘ISHKAR’ is the Persian word for a shrub found only in the deserts of northern Afghanistan. For thousands of years ISHKAR’s ash has been gathered and mixed with dyes to bring out the intense color present in so many of Afghanistan’s crafts, from carpets, to ceramics and hand-blown glass. (There’s funny little old video about its origins here.

For us, not only does ISHKAR represent the alchemy which lies behind the craftsmanship we support, a desert plant with extraordinary properties, also seems a fitting emblem for Afghanistan (and countries like it) at a time when much of the world sees little else from them but war and poverty.

Interview with Jake Orak, Founder of Ethnotek on his Decade Long Journey in Social Entrepreneurship