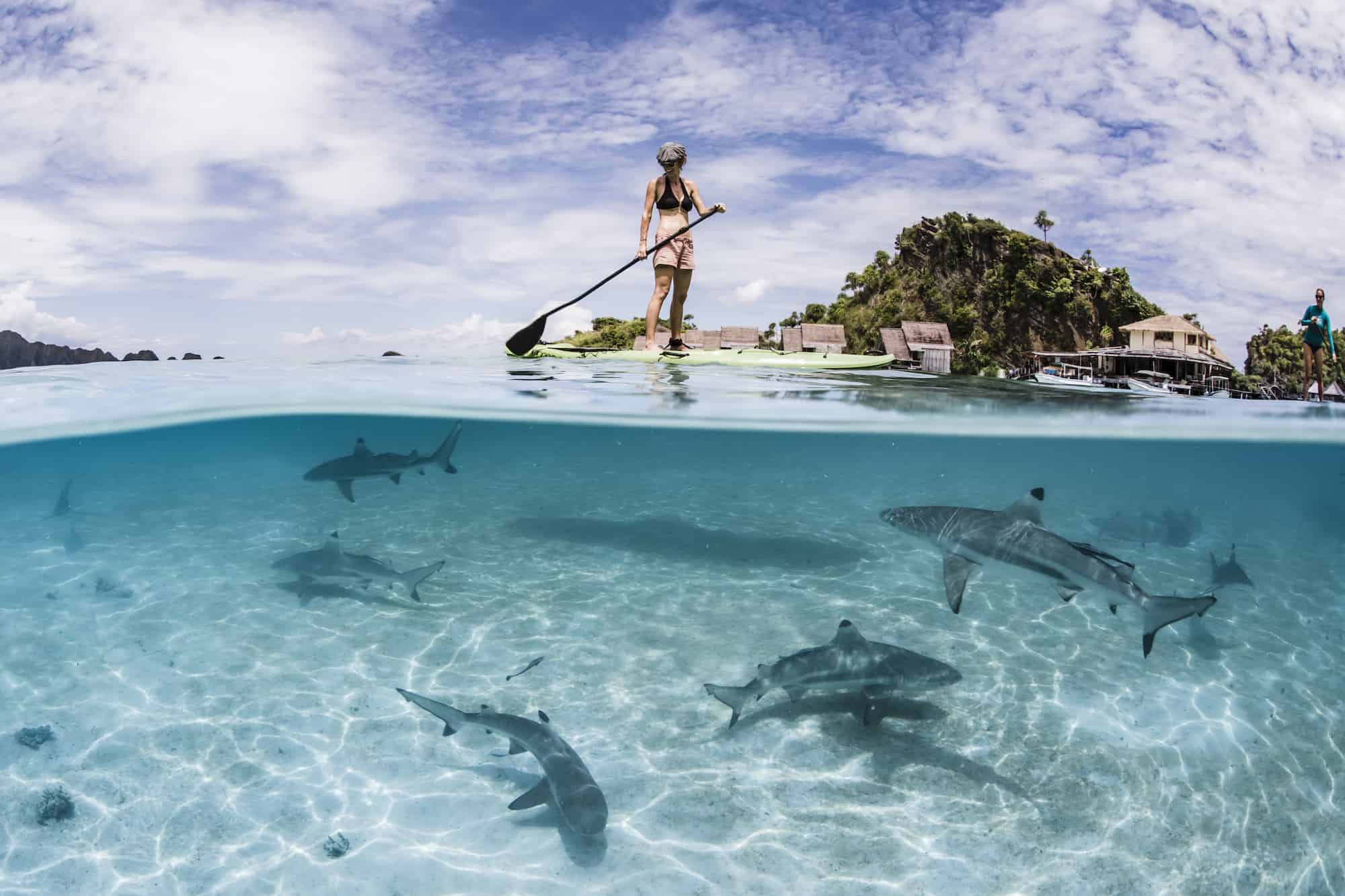 I have long been skeptical about the onslaught of greenwashing PR campaigns in the tourism and hospitality industry, where the words eco or sustainable are nothing more but a fashionable and effective marketing ploy.

Claiming to be a sustainable brand often also invites unnecessary scrutiny and criticism that diverts efforts from a business’ original vision and mission of becoming truly socially and environmentally conscious.

The private island eco-resort Misool in Raja Ampat, Indonesia, has over a decade endeavored to strike the right balance between running a commercially viable business, whilst putting conservation at the heart of its organization, and I wanted to share four lessons learnt during my time there that those passionate about eco-tourism might find useful to adopt.

1. Tell a compelling story of sustainability

Against the backdrop of pervasive green sheen practices, coupled with the plethora of allegedly sustainable travel destinations available at the push of a button, authenticity has become a deal-breaker for today’s increasingly demanding eco-tourism enthusiasts.

Misool’s story of transforming a former shark finning camp into the world’s richest reefs, backed by tangible indicators of positive environmental impact, is one of the prime reasons why the resort is booked out 12-18 months in advance with a steady stream of returning guests.

It exemplifies that walking the talk can indeed translate into commercial success, which in turn enables the long-term funding and sustainability of conservation efforts.

In close collaboration with the local community, founders Andrew and Marit Miners turned what used to be a notorious shark-hunting ground into a 300,000-acre private marine reserve – twice the size of Singapore or the equivalent of New York City’s five boroughs.

Based on research by Murdoch University’s marine biologist Mark Allen, biomass on average increased by 250% in the span of six years (2007-2013), with some areas documenting a whopping 600% growth.

There are more fish species here than anywhere in the world, including 25 times more sharks inside the marine reserve than directly outside.

Partnering with and empowering local communities is critical to the success of any eco-resort endeavor, and to ensure that those who call your latest travel destination their home can reap the socio-economic and environmental benefits of responsible tourism.

Working with the local community allowed Misool’s founders to create a no-take zone around the resort to enable the population numbers of increasingly vulnerable marine species to recover.

The eco-resort partnered with the local government to recruit a 15-member patrol team, including community members as well as marine police and army officers seconded to the project, for the effective enforcement of the fishing ban.

In 2018, 344 patrol trips were conducted, during which 120 vessels were intercepted to ensure that they understand what fishing activity is restricted within the reserve, and six boats were caught undertaking illegal fishing.

Modelled on the technology used in South Africa’s protected areas, the eco-resort is currently prototyping a fixed wing drone design to provide the rangers with an additional surveillance tool to complement and better plan their boat patrol work.

“Part of what I do is to act as a bridge between the eco-resort, the foundation and the community to help them to understand each other’s needs.

At first, fishermen did not welcome the idea of a No-Take-Zone, however, as they started to see the changes in the environment, they began to understand that the future for their children is brighter now that the reefs are protected.”

3. Reinvest your profits into social and/or environmental causes

When they first came across the abandoned shark finning camp in 2005, the Miners had planned to create a conservation center with no thoughts of opening a eco-resort.

They quickly came to recognize, however, that without the financing and human resources of a profitable commercial enterprise, they will be unable to sustain their conservation efforts on the long term.

Misool Resort, which opened its doors in 2008, together with Misool Foundation and the local community have thus forged a unique public-private partnership with nature as their common asset.

Before the official registration of the Misool Foundation in 2011, the eco-resort was the sole funder of the conservation work undertaken in the area.

In 2018, 25% of the Foundation’s programmes were financed through Misool Resort, while the rest of the funding originated from a combination of donations and grants.

Misool’s example demonstrate that high-end tourism can be a critical funding source for conservation, and that, at the same time, charities must show quantifiable social and environmental impact to attract corporate, government or multilateral financial support – key to their long-term sustainability.

Visitors are also encouraged to make their own charitable contribution through Misool’s ‘adopt a manta’, ‘spend a day with the rangers’, and ‘turtle egg hatching’ programmes, and shareholders have likewise pledged to donating a portion of their dividends to the non-profit.

In what used to be one of the world’s largest manta ray hunting communities, Lamakera in Eastern Flores, Indonesia, a coalition of government agencies and NGOs, including the Misool Foundation, helped cut catches of this vulnerable marine species by over 90% in just the course of three years (2015-2018).

In the absence of appropriate waste management systems, the Foundation also launched a grassroots initiative called Bank Sampah Sorong Raya to help local communities recycle and monetize their waste. The project essentially created a trash bank where the medium of exchange are recylables that would often otherwise end up as marine debris.

In 2018, Bank Sampah recycled 459 tons of waste, of which 86.8 metric tons were ocean-bound plastic. The program also distributed US$53,912 among the community for their recyclables, and paid US$75,969 in wages to local staff.

4. Embed sustainability at the heart of your Eco-Resort operations

From using renewable energy to partnering with fellow eco-friendly brands, the eco-resort is run with sustainability standards governing every aspect of its operations.

A state-of-the-art photovoltaic system enabled the eco-resort to cut diesel consumption by 60%, with plans in the pipeline to expand and improve solar panel efficiency and output.

Misool is also in the process of designing and manufacturing a catamaran that can run entirely on electricity to eventually replace its diesel-fueled dive boats.

The eco-resort provides guests with a complimentary reusable water tumbler to eliminate the need for single-use plastic water bottles.

It encourages guests to only use cosmetics that are free from chemicals, including reef-safe sunscreen, with toiletries from Bali-based natural skincare brand Sensatia stocked in every villa.

They also promote a range of eco-friendly brands for visitors to purchase, including Indosole’s upcycled footwear made out of discarded tires, and Bank Sampah accessories repurposed from plastic waste.

Becoming a genuinely sustainable travel destination can never be considered a fait accompli, but on their journey to become a truly environmentally and socially aware business, Misool Resort provides fellow eco-tourism ventures a shining example of responsible travel done the right way.

What is Sustainable Tourism?

40 Social Entrepreneurs to Watch for in 2022