YUVA Unstoppable is on a mission to make sure that no child in India stops attending school because they don’t have access to something much of the world takes for granted. The organization works to create and renovate bathrooms in schools so that children can get an education without jeopardizing their health or their dignity.

Started in 2004 by Amitabh Shah, YUVA Unstoppable started as a small group of enthusiastic individuals that believed in the power of youth. Today, YUVA has transformed 700 schools in over 40 cities in India to help over 500,000 children.

Amongst the many initiatives that YUVA undertakes, is the Evolution program where it’s philanthropic partners help improve basic infrastructural amenities such as drinking faucets, urinals, wash areas and classrooms, thus improving the lives of the children.

Below is an inspiring and impactful Q&A with the founder of YUVA Unstoppable, Amitabh Shah about why he chose a life of philanthropy over Wall St and other profitable ventures. 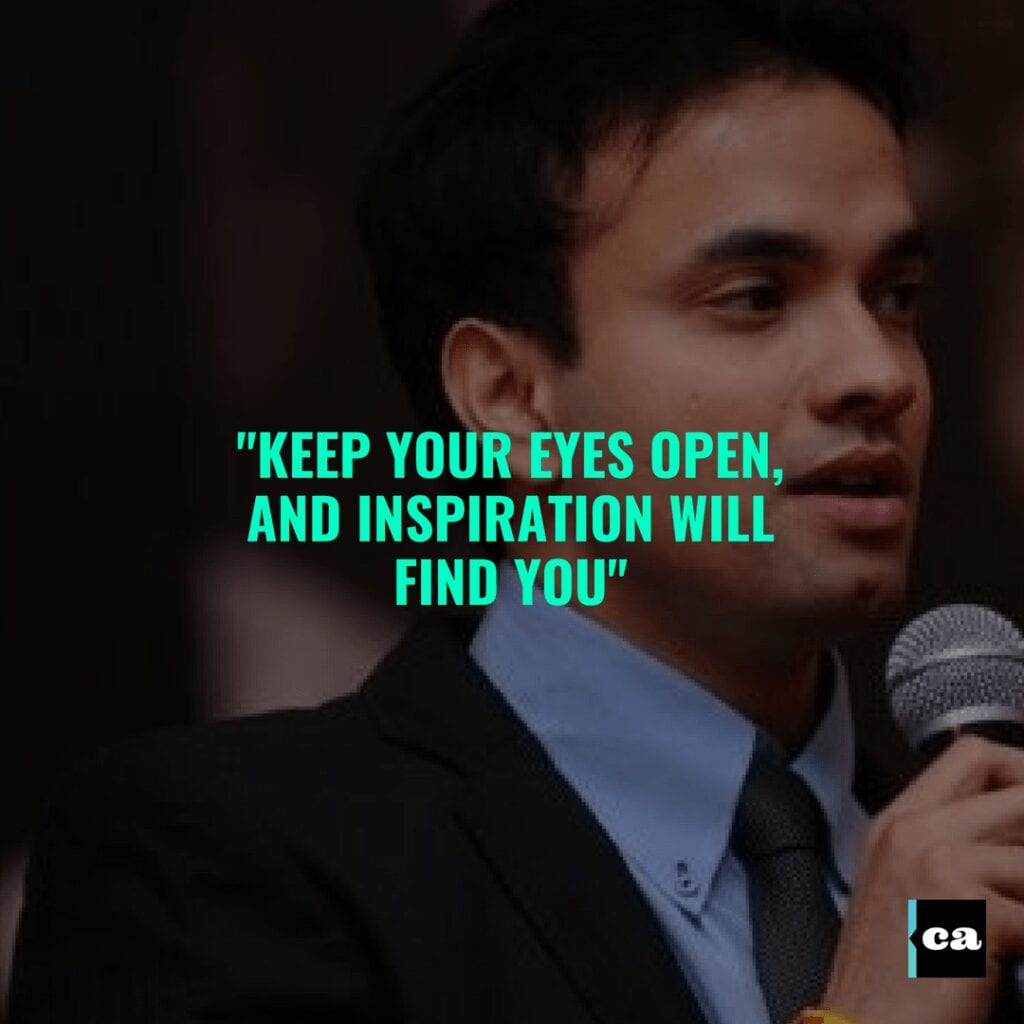 What sparked the inspiration for you to start Yuva Unstoppable?

Inspiration always comes from places you don’t look for. It always comes as an accident. That’s what I have found. Basically, I decided to start YUVA Unstoppable because of my nanny whose name was Kamla Ba, the lady my family hired to raise me. She would run behind me with a glass of milk, comb my hair, get my backpack ready, get my lunch ready, and send me off to school.

About 13 years ago, I had just gotten my bachelor’s degree from the University of Alabama and went home to India for a month before I was supposed to return to get my MBA at Texas A&M. As soon as I landed at the airport, I told my mom, “Hey I haven’t seen Kamla Ba in the last 5 years”, so she said let’s go and try to find her. She lives about 30 miles outside of the city I am from, and when we found her, she was sitting under a tree outside. She was 82 years old, only weighed about 55 pounds.

The first thing she said when she saw me was “oh, now that you are here, Amitabh, I can die easily.” I asked her why she said that, and then I found out that unfortunately, she did all of the cooking and cleaning in the house, and her son would sometimes get drunk and actually beat her up.

They were only feeding her once a day. This is quite tragic. So, I said, well, why don’t you come back with me to my home? I am in town for a month on vacation before I go back to get my MBA. I was only 22 years old at that point.

After a few weeks, I nursed her back to health. She put on about 5 pounds, and then, I took her to a retirement community where she would be taken care of. Retirement communities in India are for people who are less privileged. While there, I met her roommate, Savita, and I asked her why she was there.

She came over and said to me, My son said he was going on vacation and would be back in two days, and it’s been two years. He did not come to pick me up.” I was shocked.

As a result of this interaction, I asked a few of my friends to do some volunteer work at this retirement community, and just spend time with the people, because the elderly just want someone who will listen to them. 10 people came the first day, 15 the next, and by the end of the week, we had 100 volunteers. That is when I realized, everybody in India wants to do something good to make a difference.

The real inspiration for YUVA came from my exchange student experience in Talladega, Alabama. I joined the Boys & Girls club’s Big Brother/Big Sister program. It made me think, what if I started one back in India? So, instead of going back to Texas for my MBA, I stayed in India and mobilized about 150 volunteers.

They each gave about 2 hours of time to help in subjects like Math, Science, and Reading. That’s how YUVA started. We had a lot of support globally from corporations. The problem was – and this is where the main focus of YUVA comes from – in India’s government schools, there is only 1 toilet for 300 or so students. So even when we were there for 2 hours a week, it was a big issue. It lead me to think about ways we could improve the toilets and the facilities.

Children would avoid going to the bathroom for 8 hours a day, which leads to health issues. The hand washing and drinking areas were also problematic.

So, I didn’t go to Texas, and I mobilized about 150 volunteers who were helping 300,000 Indian students. They gave about 2 hours of their time in subjects like math, science, and reading, like the programs in the U.S. That’s how YUVA started.

With the help of over 100 companies, we have transformed 700 schools and helped about half a million children by giving boys and girls separate bathrooms, and also making the hand washing stations more hygienic. In the middle of this, I went to Yale, got my MBA, worked on Wall Street, and then realized that it wasn’t what I wanted to do. I wanted to go back and work on this Unstoppable mission.

I think that innovative philanthropy simply means seeing a problem and coming up with a solution for it. Many times, it doesn’t take rocket science, and you don’t have to think of the most complex solutions.

For us, it was as simple as volunteers who went to teach English in government schools seeing that the toilets were non-functional, or there were not enough for 300 children, and deciding to actively change that. We also saw that the water quality was poor. So, if you see a problem, you solve it. For problems big and small, there can be simple solutions. I like the phrase, “keep it simple student.” 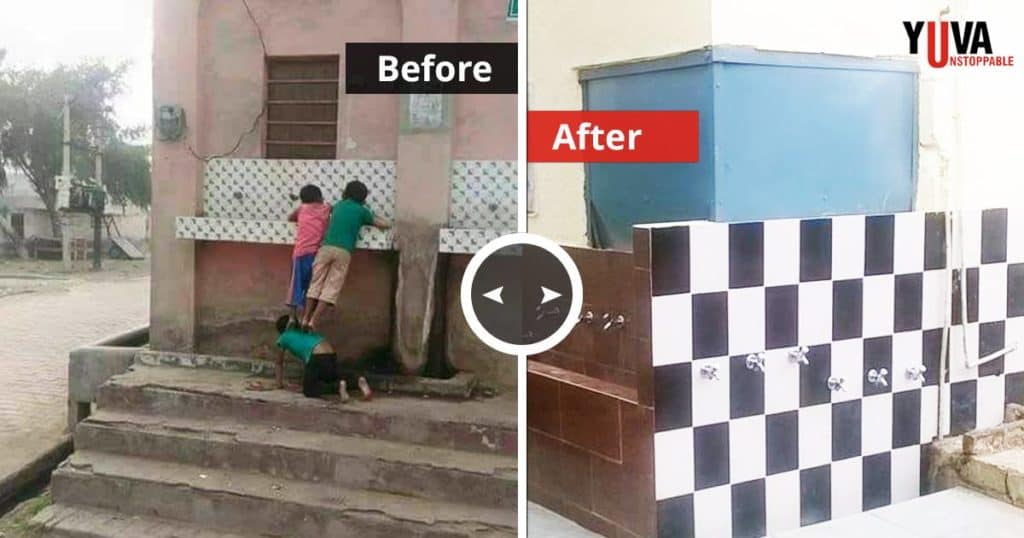 After graduating from Yale Business School, what was your decision process like in choosing to start YUVA over taking a high paying private job?

Actually, I had already started YUVA in 2004. I was at Yale from 2006-2008, and then I came back. It was a no brainer for me, Yale was ranked #1 in the country for its Not-For-Profit Management MBA. So it was quite clear to me from all of the great leaders that came to teach, that this was what I wanted to do.

For example, Arnold Schwarzenegger came and gave guest lectures. Thus, it was the quality of people that I came across who inspired me do grassroots work in the field. As for the money, it is extremely important to be happy. During my time there, I was exposed to leaders in the business world, in politics, and the NFP world.

I distinctly remember having a conversation with my father. I had $150,000 of debt in loans after graduating. My father said, “You can make a lot of money working for JP Morgan, so why don’t you work, pay off your loans, and then you can come back?” I remember telling my father that one year may be worth half a million dollars, but what if I’m not happy with what I’m doing, or why would I risk even a second of time away from these children who give me so much joy?

So, I came back to India, and Yale was kind enough to give me loan forgiveness, which is where your student loans are forgiven if you are working to better society.

Do you think education is the most important opportunity that all humanity should be afforded?

If these core strengths are there, then automatically they will do well in the other subjects. Yes, education is extremely important, and if kids grew up reading Chicken Soup for the Soul like we did, it would be fine. Because that is one of the best educations out there in the world. 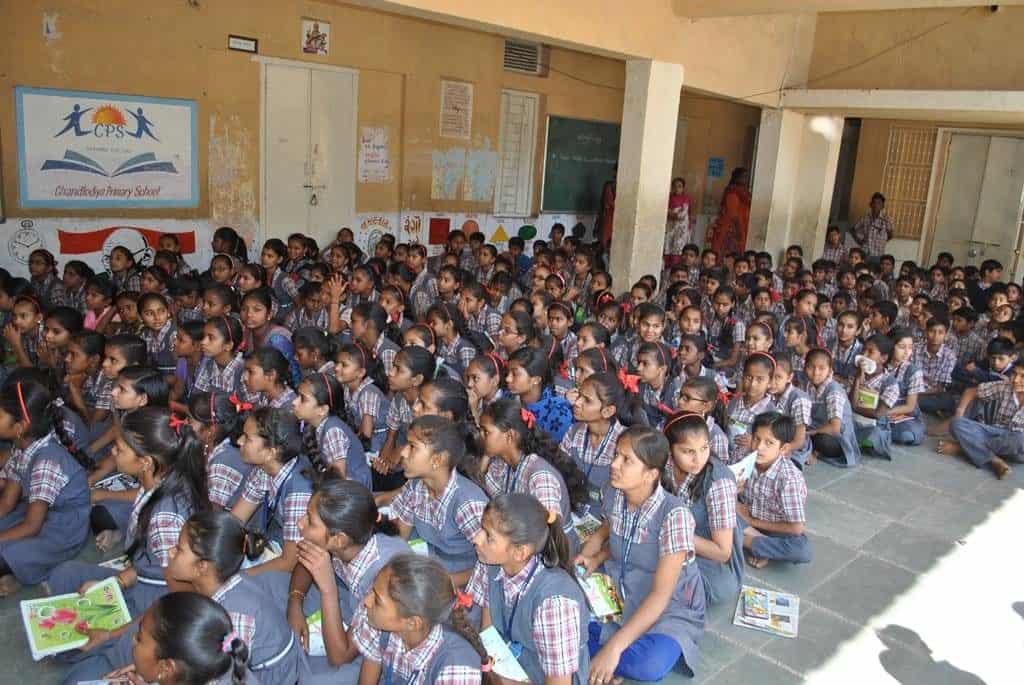 How have companies from around the world pitched in to help see your vision come true?

I really believe that there are more good people in the world than bad, and that is how the world functions. We created a short video to highlight our work, and it was played at the Yale CEO Summit last year in June. The event was attended by about 150 of the world’s most powerful people, like the CEO of IBM, UNICEF, and Deloitte to name a few.

I invited Bill Rouhana, CEO of Chicken Soup for the Soul, to also come. So that is where it premiered. It was incredible that such a beautiful group of people, from all of these top companies, were inspired by the video. So, in terms of pitching in, KPMG does all of our audits, Google has helped us to install smart classrooms to help students shine in school and to improve their education, just to name a few.

The Morgridge Family Foundation has also helped so much to bring changes at the grassroots level. So, there is a lot of global support coming in, and we are extremely grateful indeed. We need all of the support that we can get in order to get separate bathrooms for boys and girls and keep improving the bathrooms. I really believe that there are more good people in the world than bad, and that is how the world functions.

Over the next 5-10 years what are some of the goals you would like to see YUVA reach as an organization?

If you could give some advice to an aspiring world changer what would that advice be?

I would tell them the story of how when I was working in a school in Mumbai, this little girl came up to me, I think her name was Priya, and she grabbed my shirt, and said, “Hey come here,” and I do, and she says “Lower, I need to tell you one secret.” So, I get down to her level, and she simply said, “Thank you.” I asked her why she said that, and she said it was because I gave them a toilet facility that she can use twice a day now.

Before, there were only 3 toilets for 400 girls, and now there are 11. Gandhi used to say “BE THE CHANGE YOU WISH TO SEE IN THE WORLD,” so to a world changer, I would say you don’t really need to go too far away. There is probably someone in your house or town who is in need of a helping hand. So just keep your eyes open, and inspiration will find you for how you can make a change. It’s not about helping 20 million people, even helping one girl like Priya is awesome. Saying thank you to your teacher, that’s awesome. It all starts with small changes, they add up.

How to Launch and Finance Your Social Good Business Through Crowdfunding

Championing Zero Waste During a Pandemic with Kriti Tula of Doodlage