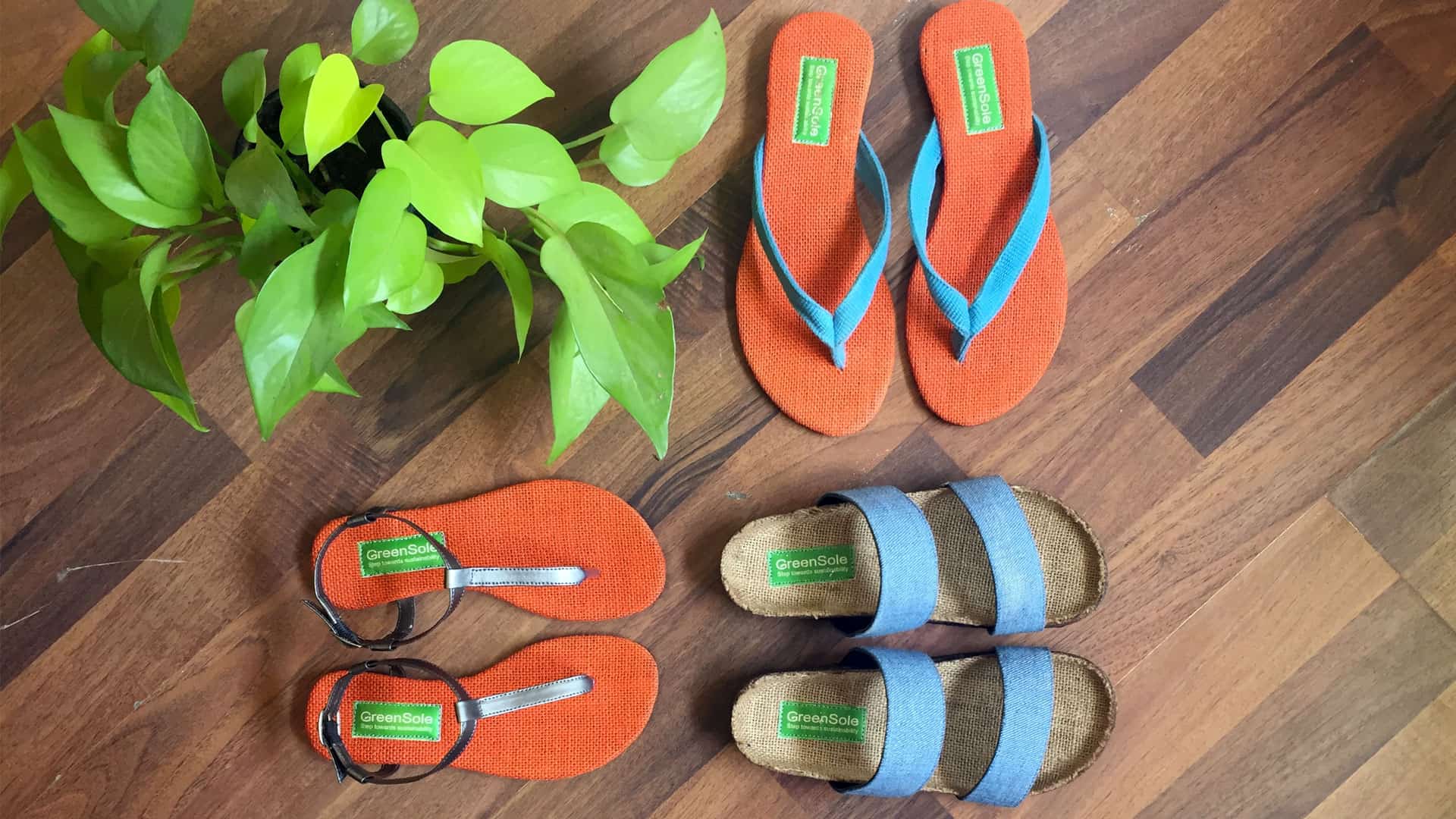 As professional athletes, Shriyans Bhandari and Ramesh Dhami ran hundreds of kilometers and used up to three to four pair of sports shoes every year. The shoe sides tore because of the heavy exercise, but the soles were still intact, which is what inspired them to create Greensole, a social enterprise that refurbishes discarded footwear into slippers, giving them a new life in the hands of underprivileged children.

350 million pairs of non-biodegradable shoes are discarded every year globally.

At the same time, a staggering 1.5 billion people don’t have the means to buy footwear, and millions of them suffer from diseases contracted because of unprotected feet each year.

What? To tackle fashion’s unsustainable carbon footprint, Greensole works with schools, sports associations and corporate partners, including the likes of Adidas, Tesco or Land Rover, to organize collection drives for shoes that would be otherwise destined for the landfill and turn them into slippers for children.

The soles make up the base of the slippers, the uppers are upcycled into slipper straps and the laces are used to pack the footwear. In consultation with their NGO partners, the social enterprise makes a careful selection of the villages the upcycled shoes are distributed to, and conducts regular surveys on how many school-going children need slippers in each of these communities.

In partnership with Tata Steel, they have also opened their first skills center to employ and train tribal women to make the upcycled slippers with plans to open another 30 centers in the next 3 years.

Repurposing something that would have otherwise been trashed to support the less fortunate makes their venture sustainable in both environmental and financial terms with a potential for tremendous social and environmental impact.

According to research by MIT, a typical pair of sneakers generate a whopping 30 pounds of CO2 emissions, the equivalent of keeping a 100-watt light bulb on for an entire week – manufacturing a single pair of sports shoes takes 360 different steps and 65 discrete parts, which explains their large carbon footprint.

Impact: By having rescued and upcycled 120,000 pairs of shoes, Greensole has not only empowered children to go to school and pursue a better livelihood, they have also contributed to reducing carbon emissions by 360,000 pounds. In addition, they have started a retail line of their slippers, the proceeds of which are reinvested to support more children of disadvantaged backgrounds.