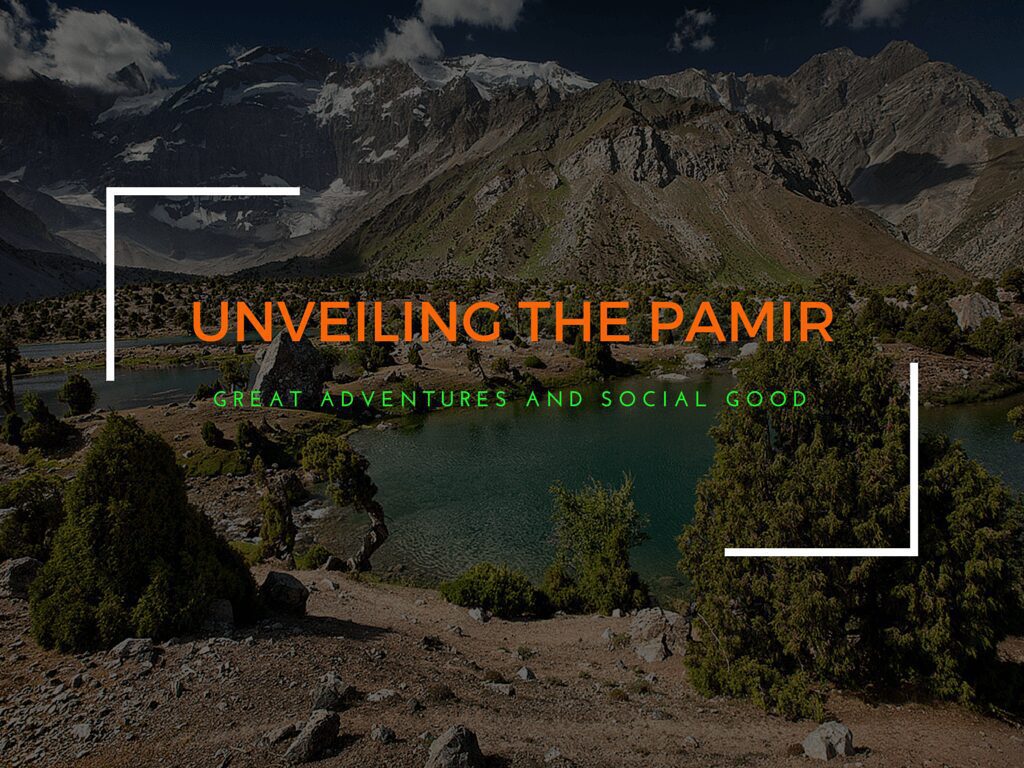 Just northwest of the Himalayas, rural mountain communities along the Silk Road are engaging the world’s climbing, trekking, & outdoors communities in a bid to fight poverty in their homeland by creating livelihoods in ecotourism. They need help getting their story out to the world to attract adventure enthusiasts who value sustainability and responsible environmental practices.

While living in Tajikistan, Ryan Bastian saw how these remote communities struggled to attract visitors to their country, despite their warm & friendly people, pristine landscapes, and world class climbing. Ryan lived among the Tajik people for over a year and witnessed firsthand the struggle that is life in that part of the world. He also experienced how these people with next to nothing were willing to share everything they owned. He saw that not only did these people deserve much more than what they had, but that it would be more than possible to help change their circumstances if a new approach was taken: adventure tourism.

So he decided they need help getting their story out to the world. His crowdfunding campaign on Indiegogo is raising money to produce a documentary film that will tell the story of these hard-working people are fighting poverty by creating livelihoods in ecotourism. With breathtaking landscapes, captivating images, and powerful human stories, this film will bring exposure to the region as an adventure destination and promote the green and sustainable efforts being made by the people there.

You lived in Pamir for a year, at what point while you were over there did you decide, you I want to make a film about this amazing place?

I lived in Tajikistan for 14 months, but it wasn’t until returning home to the U.S. that I began to fully comprehend the potential impact that tourism (let alone a film promoting it) could have for development in the country.

I always thought of tourism as an unsustainable (and often destructive) form of economic activity. I had learned that it rarely included the local populations in the revenues it generated, but almost always shared any or all of the negative externalities it created.

After working for a microfinance bank and consulting on various private-sector development projects for GIZ (the German equivalent of USAID), I began to see how adventure tourism presented a unique solution to the many development challenges the country faced due to its poor infrastructure and extreme geographic isolation.

So, after investigating tourism as a tool for economic development, I found that locals, especially in the Pamir region, were already collaborating with international organizations like the Aga Khan Development Network (AKDN), Mountain Societies Development Support Programme (MSDSP), and the Pamir Eco-cultural Association (PECTA) to promote the growth of an ecotourism industry that could be done sustainably and inclusively.

Because so much work was already being done locally to develop ecotourism and still such a low number of foreigners tourist were coming to the region, I realized that what the Pamir really needed was exposure to attract adventurous visitors who value sustainability and responsible environmental practices.

When that decision was made what were some of the first steps you had to go through to actually make it a reality to get the project going?

The biggest challenge was finding people that were both interested in the cause and skilled in digital video production. Luckily I found a director who is interested in social causes and has experience shooting a film while navigating challenging environments like we’ll be dealing with in Tajikistan.

(More info on the team available on the campaign page)

What made you go to Pamir in the first place?

My wife is originally from Tajikistan. Because of the student visa she came over on to the U.S., she needed to return back home or get deported (being married to a US citizen notwithstanding). So, we got ready to move to Tajikistan. I was studying international development in college, so I applied for, and was awarded, a Fulbright scholarship to conduct research on economic development in the country.

What do you want people to know about adventure and eco tourism?

It’s important for people to realize that not all travel choices are equal. Just like making a decision in a store, it’s important to know where and how different products were made, it’s also important to be aware of service providers you decide to go with. Whether it’s a guiding services, a hospitality provider, or a tour operator, environmental and social impact is important.

In a place like Tajikistan’s Pamir, it’s especially crucial to maintain the pristine condition of the alpine environments, as well as the long-term economic value of the region’s natural resources.

If the campaign is successful what would be the timeframe of the project to be finished?

We’ll be filming late this summer August/September and post production will likely take 9-12 months. We hope to be able to submit to the film festival circuit for 2017. What is Sustainable Tourism?