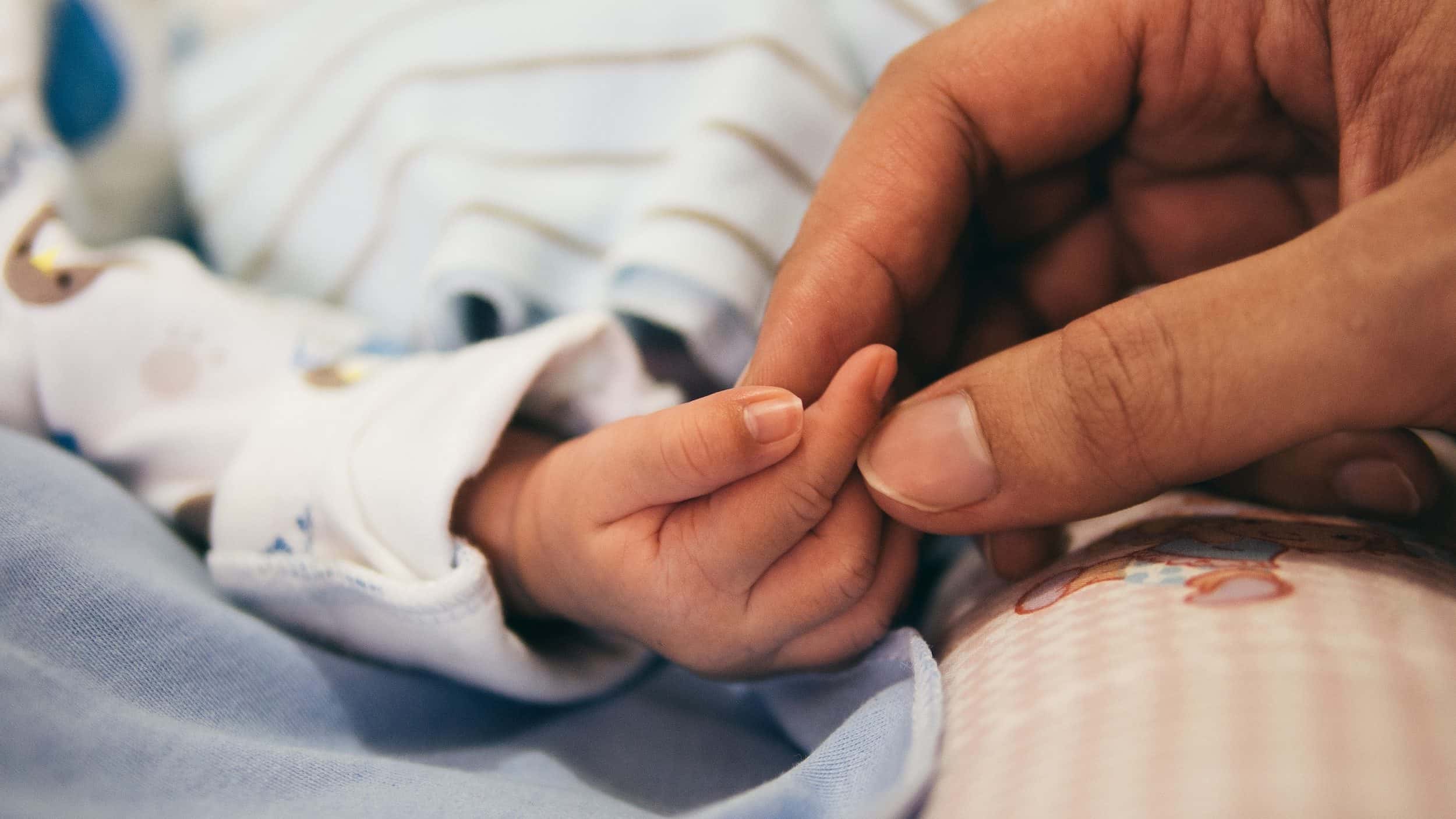 Saul’s Light is a New Orleans-based nonprofit that provides support and community to families with babies in the neonatal intensive care unit (NICU).

Below is an interview with Kimberly Novod, co-founder of the organization about what issues families face when having a child in the NICU and how her organization plans to create a sustainable model for families in need.

Nearly 8 years ago my nephew Jack, was born with Gastroschisis, which means his intestines were outside of his body at the time of birth. As a result, he was transferred to the Neonatal Intensive Care Unit (NICU) at Children’s Hospital in New Orleans, LA. Seeing him with countless tubes in his body has stayed with me since that day.

I can’t imagine what my brother was feeling at this time. From the outside looking in, he held it together, looking unfazed. However, as Kimberly will teach us, much more is going on under the surface.

Due to the endless efforts of specialists, nurses, and doctors, Jack was able to go home after six long months in the NICU.

Years after my brother blindly navigated the NICU experience, he read an article about a local family in New Orleans who wasn’t as fortunate as he and Jack.

The family he read about was Kimberly and Aaron Novod, who tragically lost their son, Saul, after twenty days in the NICU.

After reading the article he was inspired to reach out to Kim and Aaron to offer his help and support for the organization they created in honor of their son, called Saul’s Light.

He is now a board member with this amazing organization.

Unfortunately the inspiration behind starting the organization is very tragic, but can you talk about how the journey was in creating Saul’s Light?

In order to understand my journey to create the organization, you’d have to understand my thoughts about grief. In 2014, my son Saul died just 20 days after his birth. One question that kept coming back to me was “what do I do with all the love?” That’s when I realized that my life was requiring me to make meaning of a terrible situation. After attending a yoga retreat held by a mom of a stillborn son, I realized two things:

In 2015, I founded the Saul’s Light Foundation. Initially, the idea was to help families alleviate financial strain and to pay forward the support my family received from our friends and family. In the four years that we’ve been around our mission has expanded to include various aspects of emotional support and advocacy. I didn’t know it at the time, but my purpose found me. I now get to live a life that encompasses all aspects of my education, training, and lived experience on a daily basis. I’m thankful for the opportunity to serve families and keep Saul’s memory alive.

What are some of the things that the organization helps parents with as they go through NICU process?

The mission of the organization is to create a responsive community around families facing the most critical and sometimes devastating time of their lives. The organization supports families who have lost a baby shortly after birth and those with babies in the neonatal intensive care units at New Orleans-area hospitals.

We provide financial assistance to relieve the burden associated with an unexpected and long hospital stay, whole group and one-on-one peer support. In addition, we outfit each hospital with cuddle cots, to aid in bereavement care, giving families of still born babies more time to create lasting memories and Saul’s Light Little Libraries that promote bonding and early language acquisition during the most critical period of cognitive development.

The financial toll of having a child in NICU can be devastating to a family. How are hospitals and organizations helping families face this?

The average NICU stay in about 14 days and the average cost is about $80,000! Typically, when families are planning for the birth of their baby, they never assume that their journey to parenthood will begin in a hospital NICU. So when this happens, it can be totally devastating. Each hospital takes steps to support these by having a social worker, comfort care, and other professionals solely dedicated to the needs of NICU families.

Saul’s Light recognizes that while babies are well taken care of, the burden of the NICU experience extends to the entire family: parents, siblings, grandparents, etc.  To those ends, our organization seeks to address support the family holistically, looking after their emotional needs, and if necessary, their financial needs.

The average length of stay for a baby admitted to the NICU.

The average cost of a NICU admission.

Percentage of NICU parents at risk for PTSD symptoms.

What hit me hard was the PTSD factor that I had no idea existed in the NICU community. Can you talk a little bit more about that?

Over 60% of NICU parents are at risk for PTSD as a result of their experience. As you can imagine, watching your baby fight for their life takes a toll on parents. It’s no wonder that the statistic isn’t 100 percent.

The NICU journey is one that never leaves you. It stays with you forever…part of that is the sensory overload. The sounds of the machines, the smell of the soap, the visual of your baby in an incubator. The feeling of helplessness takes a toll on you day in and day out. Many parents spend up to 12 hours a day at their child’s bedside. This constant exposure to stress alters the brain and sometimes, permanently.

I was diagnosed with PTSD in 2014 a few months after Saul passed away. Still, five years later, it’s something that I still navigate in my daily life. For example, I still have flashbacks of being back in the hospital. I’m hyper vigilant and as a result, my phone’s ringer remains silent. When Saul was in the hospital, I lived in fear of my phone ringing because I knew that it meant something was wrong. Consequently, when I visit NICUs as a part of Saul’s Light outreach, I risk panic attacks and emotional exhaustion. And this is 5 years later.

What is the mission over the next decade? Are there one or two large issues you are trying to solve or programs you are wanting to launch?

Over the next decade, the mission will continue to support NICU and bereaved families. Our goal is too firmly be established as the premiere organization in New Orleans for support in this capacity. Next year, we’re expanding programming to include culturally responsive outreach, peer mentorship, and increased advocacy. We’d like to see a reduction/prevention in NICU admissions where possible and more community-wide awareness about the NICU and infant loss journeys and how to support those who experience it.

Our ultimate goal is to break ground on a Saul’s LightHouse to serve as respite for families. We would hold all of our programming there, including: support groups, yoga retreat, lodging for families residing outside of a 60 miles radius of New Orleans, and a memorial butterfly garden for all of the angel babies of the families we serve.

It’s been four years since you started the organization, what are some of the lessons learned so far?

In the four years since I’ve started this organization, I’ve learned that:

What advice would you give parents whose child is or will be in the NICU?

My advice to parents experiencing a loss, would be to grieve how they see fit. Don’t worry about what others think or a timeline of when it’s supposed to be done. The grief that we experience is a sign of the love that we have for our child. Like love,  it will be never ending, but the burden won’t always be so heavy.

I would also say to these parents that you may find healing in sharing your story and being in a community with others who have experienced the same. Giving back in honor of your child can help with finding meaning in life after loss.

Lastly, seek support even if you don’t think you need it. For me, therapy, medication, yoga, and daily mindfulness practice have all helped me at some point in my healing journey. It’s ongoing too, I have to choose life and love every day.

Related: These Ethical Dolls are Leading the Way for Female Empowerment and Feeding Millions of Children

Forty Red Bangles is Celebrating the Marriage of Sustainability and Design